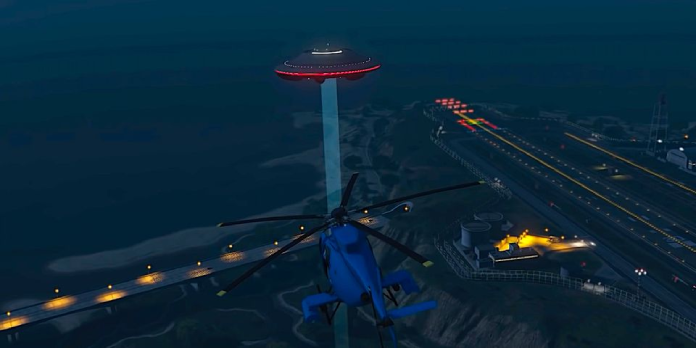 While playing GTA Online on the PlayStation 3, a player was constantly imprisoned inside in-game UFOs, documented on Reddit.

Since its release in October 2013, Rockstar Games’ open-world multiplayer counterpart to Grand Theft Auto V has attracted many online gamers despite several in-game concerns such as server issues and mod abuse. While playing GTA Online on the PlayStation 3, a player became imprisoned inside the game’s UFOs, resulting in a chain of tragic events. Even though such issues persist years later, players can still enjoy the game’s diverse activities, including robbery events, go-kart and vehicle racing, auto shop client jobs, and much more.

GTA Online is still playable on older-generation consoles like the PS3 and Xbox 360, even though the latest video game consoles were released less than a year ago. However, those who have been playing the game on these systems will need to upgrade soon, as Rockstar has announced that the servers will be shut down today. However, the game still has a lot of content planned for its current platforms. A GTA Online update starring Dr Dre is planned for the near future, according to a new leak, but PSN and Xbox Live fans will have to wait for it on the PS4 and Xbox One, or the PS5 and Xbox Series X/S if they are lucky enough to get their hands on these elusive and scarce systems.

While playing GTA Online on the PlayStation 3 system from the previous generation, one gamer encountered a series of bad incidents. Cease Infidel, a Reddit member, was regularly imprisoned inside UFOs and chronicled his ordeal online. _Cease Infidel explained to the GTA Online subreddit community that they were teleported to a UFO located underwater while playing the game on an older system, causing them to drown. The player was trapped within the UFO after respawning in Paleto Bay, much to their chagrin.

I was playing gta online on ps3 and I was teleported to an underwater UFO, I drowned, respawned in paleto bay and now I’m stuck inside a UFO. What the fuck is going on from GTA

GTA Online is prone to glitches, which have resulted in various issues for users, ranging from the loss of valuable things to being imprisoned in certain regions with no way out. Some Reddit users, including Cease Infidel, blamed their problems on the PlayStation 3 servers. According to others, similar issues have also been reported on the game’s PC servers. Teleportation and respawning issues in Grand Theft Auto Online are also widespread, with one recent bug allowing whole lobbies of players to teleport to one residence.

Also See:  how to change the login screen background on windows 10

Even if the player chooses to play on a later-generation system, they may find themselves in a similar predicament. GTA Online players were recently locked at the Diamond Casino due to a bug. However, the participants devised a plan to avoid the issue in the future. Despite some problems driving players to the brink of rage leaving, others gave some delight in the form of indestructible cars and amusing, transformed environments. Unfortunately, Cease Infidel’s GTA Online glitch did not deliver a pleasurable experience.

Call of Duty: Vanguard Zombies Gameplay Leaks Ahead Of Release