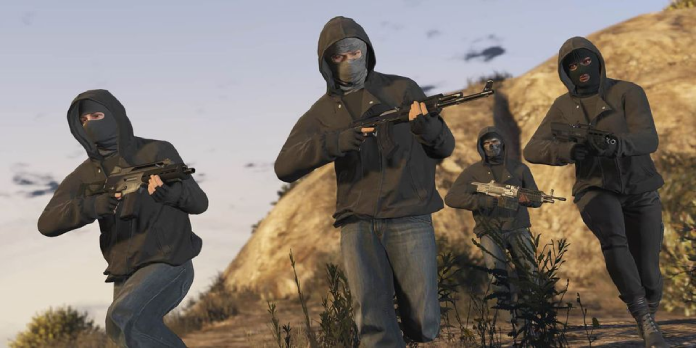 A new GTA Online malfunction teleports all players in the lobby to a single location without warning, often resulting in violence.

In GTA Online, there’s a new problem that allows whole lobbies to be moved to one area without notice. Glitches are widespread in Grand Theft Auto V’s online version, and they can have a variety of consequences, such as snatching a car from one GTA Online player after they won one for free at the Diamond Casino.

New problems are frequently introduced through updates, as is the case with many continuing online games. Unexpected issues frequently happen when a developer patches something like GTA Online, whether adding new content or resolving a problem.

One such problem occurred in July when an update mistakenly rendered Kuruma bulletproof in GTA Online. Now, in-game, a similar problem has arisen, but this time it is affecting a huge number of gamers much more quickly.

According to Kotaku, a new bug has been discovered in which the screen may suddenly go dark and transport all players in the lobby to a single place without warning. According to GTA Online data miner Tez2, the problem appears to be limited to console platforms. It is caused by a background update that, for some reason, modified a certain event to “teleport to apartment/garage.”

YouTuber Geriatric GTA documented the issue in action, with the predicted result of a brawl erupting as everyone gets dragged to the same location against their will without notice.

Random teleportation isn’t a new feature in GTA Online, but it is for console players. There is some sort of in-game event that, when certain criteria are satisfied, triggers the problem. Although it is unknown what is causing the bug, Rockstar will probably fix it shortly.

No game is perfect, and because of its nature, an online sandbox game like GTA Online is subjected to more flaws than most other games. Random instances like NPCs trapping GTA Online players in the casino will continue to happen, as will those sprout up because of new updates.

On the other hand, Rockstar appears to have a strong grip on dealing with bugs when they arise. Thus this random teleporting glitch on consoles is likely to be fixed soon.

In GTA 5, a glitch allows an NPC to repeatedly beat...

Caldera and POIs Revealed in Call of Duty: Warzone Map