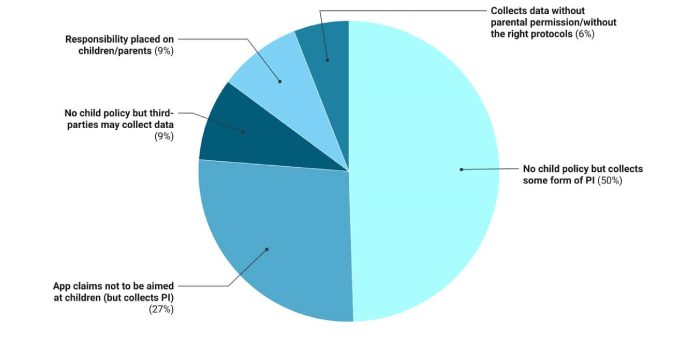 While everyone deserves some privacy online, it is safe to say that children’s privacy is given a higher priority. App stores need to be aware of apps designed for children. This is because it could reduce the chance that their privacy might be violated by an app they use daily.

COPPA (or the Children’s Online Privacy Protection Act) is the source of most privacy protocols designed to protect children online. If an app is intended for children under thirteen years old, it must comply with these rules and regulations. However, Google isn’t doing enough to ensure that these apps don’t block them from accessing vulnerable children all over the globe.

We are saying this because around 20% of the top 500 apps for kids on the Google Play Store violated these privacy policies in some way or another. Comparitech made this discovery and found that data mining was most common. There are strict limits on what data an app developer can collect about children for obvious reasons.

This discovery is truly alarming because almost half a million unique users have downloaded apps that take too much data from their children’s audience. The potential for misuse of this data is high and must be addressed. Google has to protect the rights of everyone who uses its platform every day. If the tech giant doesn’t reduce the number of children who violate privacy protection laws, users might feel unsafe using their app store.

Children could be saved from many of the dangers associated with downloading apps. However, parents need to take a more active role in deciding which apps they cannot use.

Report: The Xbox Game Pass May Be Headed for Android TV