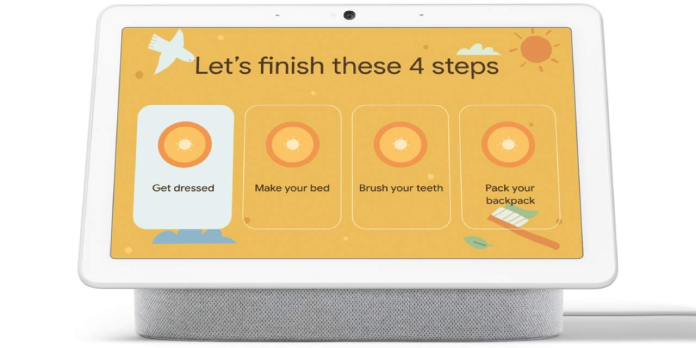 Last year, Google announced a then-new feature called Family Bell, enabling users to line up bell reminders. the thought was that oldsters could find these reminders to announce when tasks needed to be done, like reminding their child to urge ready for a web class. the corporate is back with an update to the feature that ties in its Nest Hub smart display.

In an announcement today, Google revealed that it’d expand Family Bell so that it also can ring smartphones, making it more useful for everybody within the home. This new capability will also be a useful feature for folks who have school-age children and a Nest Hub smart display.

Custom bells are going to be available to trigger a checklist that appears on the Nest Hub. Google provided one example of using this: a morning checklist for teenagers to prepare for college properly. Each task marked off is amid fun sounds and animations.

The checklist is often used for other things, like a pre-bedtime list of tasks or things to try to do after getting home from school. Google has something for adults, with the corporate saying during a blog post that another feature is inbound.

With this upcoming feature, users will be ready to trigger a morning routine once they dismiss their alarm, like playing the news, showing the weather, and similar tasks. This capability are going to be enabled by adding “Dismiss an alarm” as a Routine. Inspect Google’s announcement for other just-in-time-for-school features.