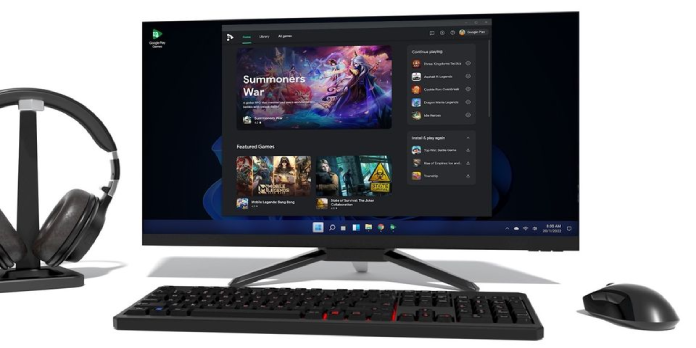 The beta version of Google Play Games for PC is now available, and it enables cross-device game saving. At the moment, though, it is only available in a few countries.

Google Play Games for PC allows users to play Android games on their Windows PC natively, and game progress can be saved between devices regardless of OS or form factor. This isn’t a groundbreaking notion, but it is a significant step forward. Until recently, the only somewhat decent way to play Android games on a PC was to use emulation software such as Bluestacks or Android x86. Due to the entire x86-ARM wall separating the two systems.

When Microsoft announced the introduction of Android apps for Windows 11 last year, that all changed, app distribution, on the other hand, was limited to the Amazon App Store, which has a significantly smaller selection of apps (and games) than Google Play Store. While the Amazon App Store offered both apps and games, Google is now attempting to fill the gap in the game catalogue.

According to the firm, Android games are coming to PCs (Windows 10 and 11) via the official Google Play Games app for desktops and laptops. The software is currently under beta testing, and there is a waitlist restriction. It’s also geographically restricted, with Mobile Legends, State of Survival, and Three Kingdoms Tactics available only to users in Taiwan, Hong Kong, and South Korea. It’s unclear whether Google intends to do the same for macOS, but Apple seems unlikely to consent.

Not Another Streaming Service in the Cloud 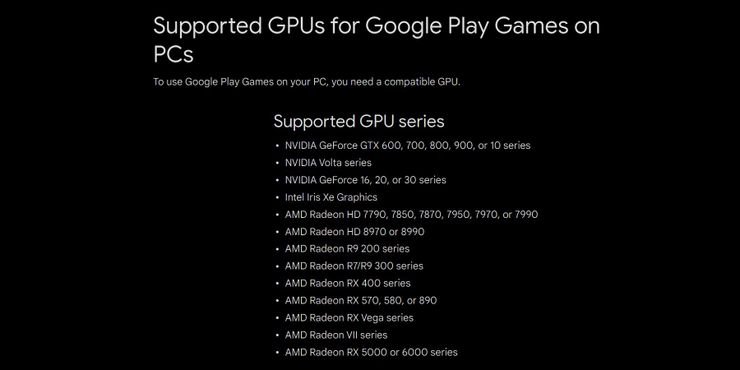 Those chosen for the beta-testing program will have access to over 25 games. Users will play games on their PC using peripherals such as a mouse and keyboard, a skewed feature that provides gamers with an unfair edge over those who use the phone’s cramped on-screen inputs. While some games purposefully prevent matching users playing on a mobile device with those using emulator software on a PC, Google has yet to disclose any such protection. What matters is that your game progress is synced across all of your devices using the same Google Play Games account.

The program was created in-house and appeared devoid of an emulation layer. It is not a cloud-based game streaming service, unlike Microsoft’s Xbox Cloud Gaming, Google’s Stadia, and Nvidia’s GeForce Now. All games will run natively, which means PC technology must be adequate to the task of handling increasingly graphically demanding mobile games. The Google Play Games (on PC) beta requires at least Windows 10 (v2004), an SSD storage with 20GB of accessible space, a gaming-class GPU, an octa-core CPU, 8GB of RAM, and a Windows Admin account, according to the official support page. Furthermore, hardware virtualization must be enabled. Google has already ruled out AMD machines with fewer graphics RAM and Lenovo ThinkPads (in particular) for an unclear reason.

Aside from the regional barrier, gamers must natively overcome a few obstacles to play Android games on their Windows PC. First, they must register and join the waitlist on the official Google Play Games page. They will receive an email inviting them to download the PC Check software to ensure their system is compatible after receiving confirmation, similar to Microsoft’s problematic app for checking Windows 11 compatibility. If a system is deemed capable of running Android games, customers can install Google Play Games on their Windows PC and begin playing immediately.