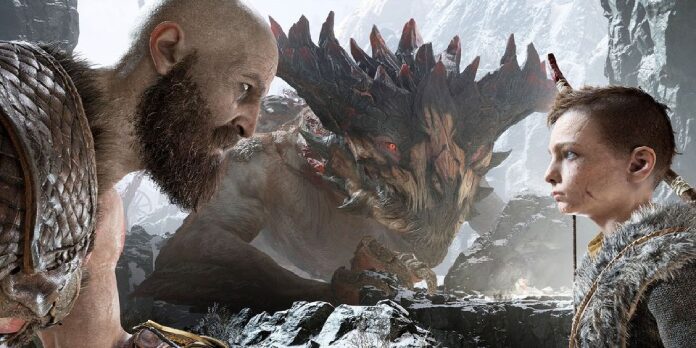 The PC version of God Of War (2018) will be released in January, and it will have new graphics features like Nvidia DLSS compatibility and panoramic widescreen.

NVIDIA DLSS and Ultrawide support, among other interesting graphical options, will be included in the PC port of 2018’s God Of War revival, ensuring that Kratos looks better than ever. In January, God Of War (2018) will be released on PC as part of Sony’s continued effort to extend its amazing collection of PlayStation exclusives to a larger audience. Other PlayStation games that have received this treatment include Death Stranding, released in 2019, and the upcoming Uncharted: Legacy Of Thieves collection. Still, unlike God Of War, neither of these PC adaptations was created by the same companies that created the PS4 versions.

The acquisition of famous PC developer Nixes Software by Sony in July strengthened Sony’s push to bring more PS-exclusive titles to PC. In addition, a list of big-name games like Final Fantasy Remake, Ghost Of Tsushima, and God Of War was recently leaked from NVIDIA GeForce Now’s servers (2018). While NVIDIA later clarified that this leak was merely speculative and that not every game listed would necessarily receive a PC port, it appears that one of the most important has now been confirmed – and Kratos will be bringing a slew of new graphical options with him when he visits home computers next year.

Sony Santa Monica, the game’s original developer, has confirmed that a PC port of God Of War (2018) will be released on January 14, 2022. This release will include all of the action from God Of War for PS4 and new graphical features like 4K resolution, unlocked framerates, panoramic widescreen, full NVIDIA Deep Learning Super Sampling support, and NVIDIA Reflex reduced latency technology. As Kratos battles his way across the nine realms of Norse mythology, these features will allow fans to enjoy the thrills of God Of War (2018) without having to worry about high graphical settings interfering with performance, and players will be able to react to enemy attacks and deliver harder-hitting combos.

The 2018 God Of War reboot took Kratos away from the ancient Greek setting that defined his journey throughout the original God Of War trilogy and received widespread praise for its refined combat and more emotional plot, which humanised Kratos as he embarked on a journey of self-discovery with his son Atreus. Next year, in God Of War Ragnarök, the tale will come to a close, pitting Kratos and Atreus against new opponents like Thor in the midst of the apocalyptic end of the world. This is Kratos’ final adventure in the Nordic realms.

Also See:  How to Transfer Adobe Creative Cloud to a New Computer

God of War was already a great visual extravaganza when released on the PlayStation 4 in 2018. Due to new capabilities like NVIDIA DLSS and Reflex, low latency technology should look better on PC. When God Of War (2018) launches on PC on January 14, 2022, players who have yet to experience Kratos’ Nordic adventure will have the opportunity to do so.