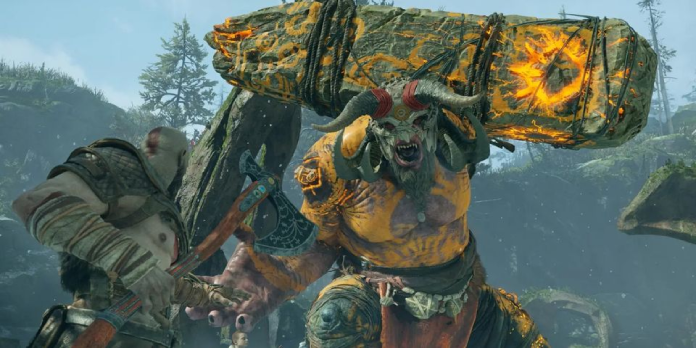 YouTuber Cycu1 has posted a comparison video demonstrating the graphical differences between the PC and PS5 versions of God of War.

Following Sony’s news that God of War (2018) will be ported to PC, YouTuber Cycu1 created a comparison video that matches PC graphical upgrades against those found in the PS5 patch. God of War’s PC port was revealed following months of speculations and leaks, many of which hint that even more PS4 exclusives will soon be released elsewhere.

In February of this year, developer Santa Monica Studio released a PS5 upgrade for the award-winning action title, allowing players to choose between two alternative modes when returning the experience. With checkerboard 4K resolutions, the Original Performance Experience settings give a steady 30fps. Meanwhile, an upgraded performance option enables 2160p resolution at 60 frames per second. PC players will receive a host of new graphical enhancements in January that will not be available on PlayStation systems. God of War for PC will have ultrawide compatibility, unlocked frame rates, better quality shadows, and NVIDIA’s DLSS on RTX. But what do these adjustments look like when compared to the PS5 boost? One YouTuber decided to address the question himself.

Also See:  The Trailer for Marvel's Avengers: War For Wakanda Sets Up the Klaw Raid

Cycu1’s YouTube channel produced an “Early Graphics Comparison” video highlighting the differences between God of War‘s PC and PS5 update releases. There aren’t many noticeable differences when comparing the two, though the PC version appears to operate a little smoother in terms of frame rate performance. However, the side-by-side screenshots used by Cycu1 for the last two-thirds of the comparative movie provide additional clarity. Textures are more refined in the PC iteration, and colors appear especially bright. Even shadows have more detail, which God of War’s PS5 upgrade lacked. Check out the complete comparison in the video embedded below:

Again, the modifications appear minor at first glance, but there’s no doubting the PC build offers numerous benefits in both the visual and performance aspects. The genuine test, of course, will come when the updated version is released, and players with monster machines put Kratos’ most recent trip to the ultimate test.

God of War is the latest first-party PlayStation 4 exclusive to get the PC treatment, and it won’t last. Horizon: Zero Dawn’s PC port launched in August 2020, and its amazing success demonstrated to Sony that there’s enough money to be made on Steam and the Epic Games Store.