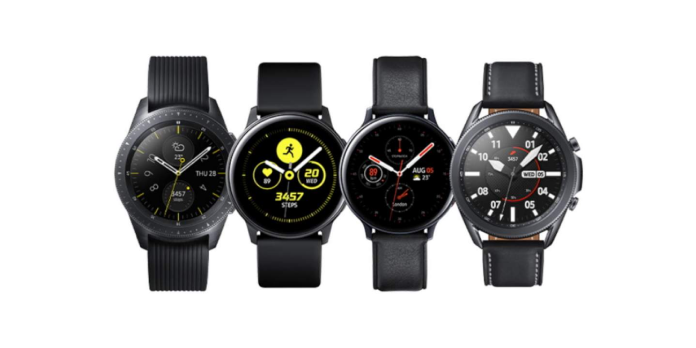 Samsung’s Galaxy Watch 4 marked the beginning of a new chapter in the company’s wearable journey, one that finally embraced Google’s wearable platform. This could have been a concerning development for those familiar with Samsung’s previous practices, as it would generally imply that the company will swiftly abandon its earlier smartwatches. It turns out that those fears were misplaced, as Samsung has announced that a few key features from the Galaxy Watch 4 are now available on older versions dating back to the first Galaxy Watch.

More than being extensions of their associated smartphones, many smartwatches these days have a primary focus on health. Of course, not all smartwatches are made equal in terms of sensors, but not all health-related features require powerful technology in the first place. Some don’t even require any hardware; all they need is a way to see and manage your stats from your wrist.

Also See:  Leaks of the Samsung Galaxy Watch 4 Classic show this is the watch you've been looking for

Fall Detection, for example, requires only the motion sensors found in many smartwatches, and Samsung is bringing it to the Galaxy Watch Active 2 and Galaxy Watch 3. When a fall is detected, this feature will automatically send an SOS notification to pre-selected contacts, and you can even customize how sensitive it is to such moves. Surprisingly, you can set it to detect a fall even if you are still standing.

On the other side, you don’t need sensors to use the Group Challenge feature that’s coming to these older Samsung smartwatches that run Tizen. It’s a simple method to channel your natural competitiveness into getting your family and friends to work up a sweat. It’s the modern-day equivalent of having a workout buddy who participates in the same physical activities as you.

Aside from health, the forthcoming update gives the Galaxy Watch line a little more personalization. The Galaxy Watch 4‘s watch faces, featuring animal designs that express your inner fuzzy, are now available for their predecessors.

As is customary with Tizen-based Galaxy Watches, these updates will vary by location and begin with Bluetooth-only models, followed by LTE variants later. Some features will be exclusive to certain generations and may even be country-specific. Users should also ensure they have the most recent versions of the Galaxy Wearable app and the Galaxy Watch plugin installed. Some functions, such as the Samsung Health Monitor app, are only available on Samsung’s Galaxy phones.