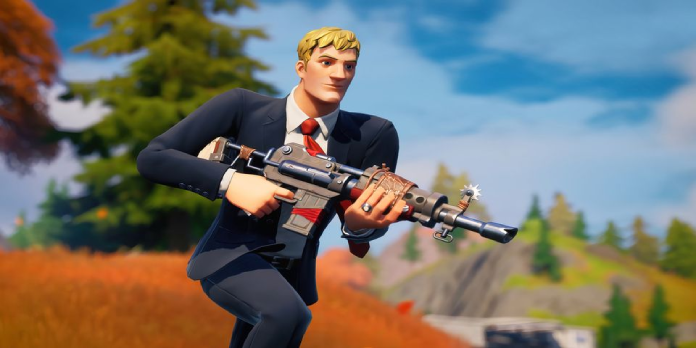 For the first time in Fortnite Chapter 3, a new weapon allows players to flip to first-person view while aiming down with the weapon.

Fortnite Chapter 2 came to a close with a bang, and Chapter 3 is now live with new improvements to the popular battle royale. Years after the third-person action shooter’s first release, Epic Games has added a new ADS technique to Fortnite Chapter 3, allowing players to aim down sights in first-person mode. Players may now enter Fortnite’s vast new area, which includes a slew of new characters, cosmetics, and gaming elements like sliding and swinging that make the experience more fluid and fun than ever before.

Even though Fortnite Save the World has had a first-person mode for some time, the battle royale game mode is only available in third-person. On the other hand, its competitors are mostly first-person shooters or have used both camera modes to give players more access and tie the game to each perspective. For example, the revolutionary PUBG: BATTLEGROUNDS lets players quickly switch between first-person and third-person modes with the click of a button and a setting to easily fire down survivors in third-person using the first-person aim down sight. While Fortnite remains a third-person shooter, the camera is widely regarded as the most manipulating weapon in the battle royale genre. Epic Games appears to be pursuing its original major opponent.

Also See:  According to John Carpenter, Halo Infinite is the best game in the series.

Fortnite fans have been clamouring for first-person mode for a long time, but it finally made an unexpected cameo during Chapter 2, Season 7. Although broken and clumsy, an NPC exploit allowed players to enter the first-person mode for the remainder of a casual match. Unfortunately, this mode seemed odd because the game’s features were designed solely for third-person, with no first-person movements or correct settings. Fortnite first-person mods have also been built to show the game in a different camera mode, which many fans had wanted to see.

The battle royale experience in Fortnite Chapter 3 has been substantially revamped, with even more new features planned for the future. Because first-person competitive games are more popular and played than other genres, the implementation of a limited first-person ADS mechanic could provide some players with an advantage. If the feature is well-received, the game could see additional weapons utilising it in the future, especially if an attachment mechanism similar to that seen in other battle royale games is included.

The Giant Infernape Glitch in the Pokémon Brilliant Diamond Battle Is...