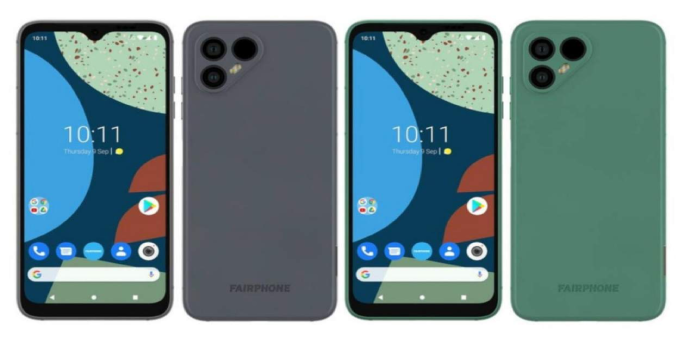 Nearly all smartphones compete today regarding power and features, with higher specs often being touted as the best. Fairphone has stood firm on its side in a new battleground and championed sustainability, even though it meant being behind the times. Fairphone 4 is a new 5G smartphone that aims to keep up with current trends. However, this latest leak suggests that Fairphone 4 may not be the most recent update on the world’s first modular 5G smartphone.

Fairphones’ modularity and ability to be repaired were not without their costs. The company explained that they were forced to use an older Snapdragon 632 due to their customizations to support modular design. It is possible that Fairphone 4’s 5G-capable processor could be an older, more affordable version of the current processors on the market. This does not mean it will be the fastest or most powerful.

WinFuture has revealed that the Fairphone 4’s design is a throwback to the past. The Fairphone 4 will feature a waterdrop notch, even though most mid-tier smartphones now have punch-hole cameras. The display also has thick borders, something that you don’t often see on smartphones today.

Fairphone customers aren’t buying these phones because of their beautiful looks. They might be more understanding about that. Fairphone 4 will likely have 6GB RAM and either 128GB or 2256GB storage. That’s pretty good. However, the most significant issue is the 600-660 EUR (710-$780) price tag. This is relatively high compared to mid-tier smartphone prices. The Fairphone 4 is built to last and can be supported for many years, much longer than other phones in the same price range.