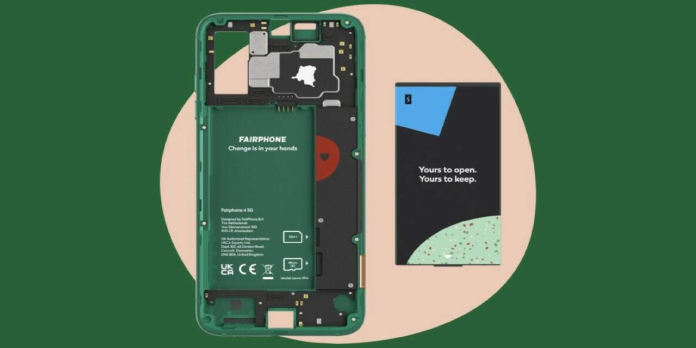 Smartphones have improved in recent years, becoming more powerful, intelligent, luxurious, and durable at the same time. Even while OnePlus continues to fight back against what it claims is an expensive and non-essential certification, it is scandalous if a flagship smartphone does not have IP68 dust and water-resistant rating. However, the phone’s longevity and reliability are frequently attained by sealing it shut, making repairs more complex than necessary. The Fairphone 4, on the other hand, is questioning those assumptions, and JerryRigEverything is putting it to the test to see whether it can back up its claims.

The Fairphone 4 is the first modular and highly repairable 5G smartphone in the world. It’s likely the only phone of its kind on the market. Therefore there’s no real competition. Some may even doubt whether such a phone has a market, but three generations of profitable Fairphones speak louder than marketing slogans.

The Fairphone is repairable since it is almost too simple to open it up and replace the components. The business even provides new components for models dating back to 2015, such as the Fairphone 2. Parts must be screwed down rather than soldered and glued down, and the back must be easily pulled off without the use of tools. The Fairphone 4 is no exception, and the phone even comes with a screwdriver in the box.

The unavoidable disadvantage is that, at least on paper, the Fairphone 4 only has an IP54 classification. A phone’s durability and protection suffer from such a design. Even without the IP rating, phone makers like OnePlus promote their phones’ dust and water resistance, and the Fairphone 4 will most likely survive an accidental splash or plunge.

Also See:  Fairphone 4 will be a repair-friendly 5G “ethical” phone

JerryRigEverything is also concerned about the phone’s ability to withstand his bend test, which it does, happily. The phone doesn’t even flex under the YouTuber’s strong hands, even though the plastic back cover can be easily ripped off, and the screen is just attached to the mid-frame. This may be due in part to the phone’s solid and sturdy aluminium construction.

The Fairphone 4 is also praised by iFixit, although other brands following similar road is probably a pipe dream at this stage. Even Fairphone does not appear to be confident in the worldwide market’s acceptance of its phones since the Fairphone 4 is now only available in Europe.

The telephoto camera on the OnePlus 10 Pro may continue to...