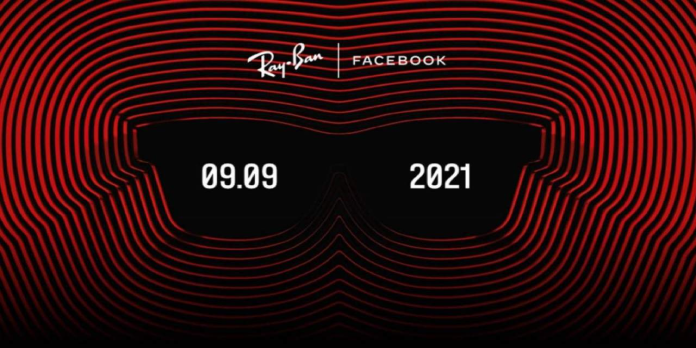 Since Zuckerberg’s confirmation in July, we’ve known that Facebook plans to launch a pair of smart glasses. Ray-Ban has launched a promotional page on its website with a teaser for the smart glasses, also a reveal date. The merchandise was said at the time to feature Ray-Ban’s ‘form factor,’ and now we have the vaguest idea of what the planning may appear as if.

The upcoming Facebook intelligent glasses won’t be supported by what we’ve heard thus far, be a pair of augmented reality spectacles. Instead, the corporate will launch this hardware product as a part of its goal to eventually introduce AR glasses. Zuckerberg revealed the maximum amount during his Facebook earnings call in late July.

The smart glasses are going to be launched in partnership with Ray-Ban parent company EssilorLuxottica. Facebook’s CEO promised the long-lasting Ray-Ban look combined with the power to “do some pretty neat things.” Zuckerberg didn’t, however, elaborate on what those “neat things” would be, leaving many to take a position about just how smart the glasses are going to be.

Also See:  Can’t Turn Off Vpn on Your Iphone? Here’s How to Do It

Ray-Ban’s new promo page for the merchandise doesn’t offer any details, though we will see the outline of the frames. Perhaps more interesting, a series of Facebook Stories published by Zuckerberg and Facebook VR/AR lead Andrew Bosworth; they show first-person perspective videos of Bosworth throwing various objects at Zuckerberg, kids fishing, the duo kayaking, and more.

The videos indicate that Facebook’s upcoming smart glasses will feature an embedded camera (or multiple cameras) for recording your everyday activities without coitus interruptus your phone. The merchandise will little question integrate with the broader Facebook ecosystem, likely making it easy to share videos from the glasses to Instagram and Facebook.

These details will be revealed later in the week on September 9, a minimum of supported the date displayed on Ray-Ban’s website.