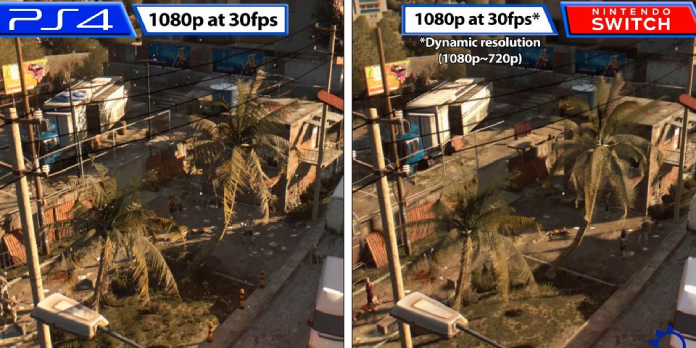 A video comparison of Dying Light gameplay on the Nintendo Switch and PS4 reveals that, despite some flaws, the Switch port is impressive.

A comparison video of Dying Light gameplay on the Nintendo Switch and PS4 demonstrates how well the game has been ported. Different console comparisons have always piqued my interest. Even though the PlayStation 5 is currently outselling the Nintendo Switch, the Switch is on track to outsell the PlayStation 4 in terms of lifetime sales. Aside from sales, gamers care about gameplay comparisons between consoles.

ElAnalistaDeBits, a YouTuber, created a video comparing Dying Light: Platinum Edition gameplay on the Nintendo Switch and PlayStation 4. Because the Switch runs at a resolution ranging from 1080 to 720 pixels (as opposed to the PS4’s superior resolution), there will inevitably be some graphics quality loss. The settings for the draw distance and shadows have suffered the most cuts on the handheld console, as shown in ElAnalistaDeBits’ video. Furthermore, both ambient occlusion and texture quality are lower on the Switch’s port. In stress zones, there are also some sporadic frame rate drops. On the other hand, the Switch maintains a respectable frame rate of 30 frames per second, which is standard for the console. It’s also worth noting that loading times on the Switch are faster than on the PS4.

The Switch’s Dying Light: Platinum Edition is an impressive port despite some obvious flaws, as evidenced by the video comparison. ElAnalistaDeBits admits in the description of their video that Dying Light on the Switch is one of the best ports on the console. This is due to the Switch’s port’s ability to maintain a quality comparable to the PS4’s port without sacrificing too much resolution or performance.