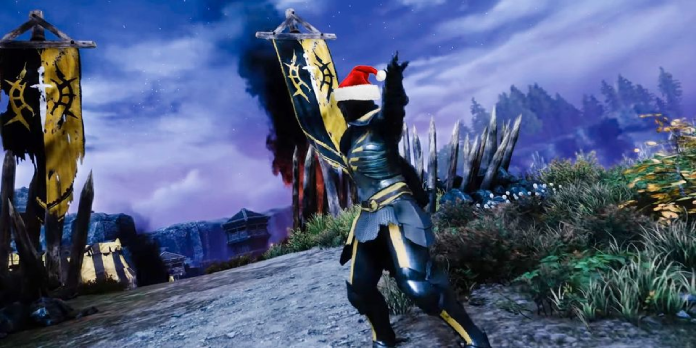 A New World developer has hinted that Amazon Games’ MMORPG will have some form of winter-themed activities in preparation for the holidays.

According to a New World developer, winter-themed activities and events may be added to the MMORPG in time for the Christmas season. New World, Amazon Games’ most recent game, was released just a few months ago in late September and is now in its inaugural holiday season.

Since its release, New World has received upgrades and patches that include new content and features, bug fixes, and performance improvements since its release. Players who had hoped for more in-depth and important game updates have chastised the game, and fan reactions to a recent patch, released last week, were overwhelmingly adverse. The 1.1 updates to The New World included the Void Gauntlet weapon, PvP Faction Missions, and Varangian Knights foes, as well as a considerable rise in the game’s difficulty with significant increases in the levels of AI enemies in Elite zones or Endgame locations. Despite the new content and bug improvements in the patch, some players are unhappy with the increased difficulty, which has recently resulted in New World users leaving negative reviews on Steam.

Despite the negative press surrounding prior releases, seasonal content may be on the way. New World game director Scot Lane revealed during an interview with PCGamesN that the MMORPG would include some form of winter-themed celebrations for the Christmas season, though details are few at this time. “Yes, yes, and a bit,” Lane said when asked about possible seasonal map modifications and whether or not the designer could disclose information. “I think seasonal events are very essential for MMOs and something we want to do for sure,” he added. “I can say that winter is a terrific time for festivals!” Lane said, even though he “can’t delve into specifics” at this time.

Seasonal festivals in MMOs like New World are rather popular, so it shouldn’t come as a surprise that the game will hold one as well. Fans may expect new activities and goodies as part of a holiday event and new holiday-themed goals and assignments. At the time of writing, there are no other specifics about the seasonal content, but New World fans should keep a watch on the New World blog and social media platforms, as any winter events will most likely be announced there.

Amazon Games’ holiday celebrations may help to appease some of the gamers who were previously irritated by New World’s AIs’ heightened difficulty. It’s also likely that a winter event will persuade players to return to the game after the recent decline in player count in New World. In any case, a winter event in-game will be one method for gamers to celebrate the impending holiday season.