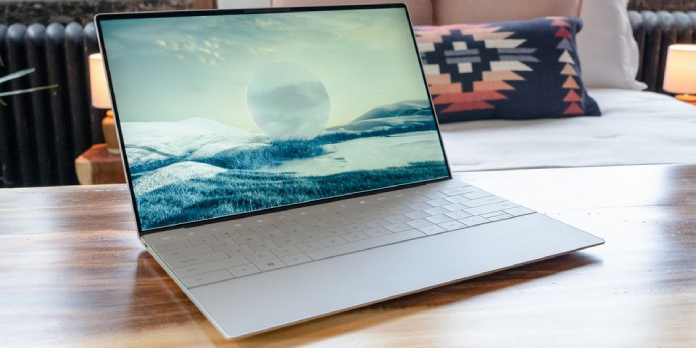 Dell’s new XPS 13 Plus is the stuff laptop design fantasies are made of, with Intel’s latest CPUs, an Apple-like Touch Bar, and an invisible trackpad.

Dell revealed the XPS 13 Plus, perhaps the most gorgeous laptop on the market, but with some controversial design characteristics, at CES 2022, a frantic product launch carnival. Thanks to its fantastic design and the ideal blend of performance and mobility, the Dell XPS series laptops have constantly been regarded as some of the best ultraportable devices available.

When you look at the basic XPS series, it’s evident that Dell is aiming after the MacBook Air. But, of course, the PCs aren’t cheap, and Dell hasn’t tried to hide that fact over the years. The price has only gone up with the addition of showy components like an OLED panel, and carbon fiber palm rests, all to further perfect the MacBook Air killer experience. Dell is now taking things to the next level with the most significant overhaul in the history of the celebrated lineup.

Meet the Dell XPS 13 Plus, a laptop that resembles the minimalist design nirvana that many people have only imagined. The keyboard is edge-to-edge, the bezels are enviably thin, the chassis is all metal with crisp lines, and the weight is still on the light side at 2.73 pounds. Upon closer investigation, a small strip of glowing icons can be found above the number row buttons. The function key array, which also serves as media keys, is made up of this capacitive strip. It’s similar to the ill-fated MacBook Pro Touch Bar, although Dell is unlikely to admit it.

The XPS Has Reached Its Pinnacle Design Evolution

Purists will swear by a row of physical function keys that they can press with great pleasure rather than touching a fussy capacitive button that can fail at any time. However, in an era when BlackBerry phones were obsessed with the QWERTY keyboard, few people were fans of the touch-only iPhone. BlackBerry phones are no longer in use, iPhones are in high demand, and innovation continues to advance despite the opposition. So said, the Dell XPS 13 Plus’ touch bar that isn’t a touch bar is what enables it to accomplish its stunning, minimalist design.

Another surprise is an unseen trackpad beneath the keyboard. The trackpad is technically present. However, it is not marked with a recessed rectangle. Instead, Dell relies on muscle memory to get used to the hidden trackpad, which uses haptic force feedback like Apple’s laptops. A series of actuators beneath the surface simulates the experience of pushing the left or right-click button. The keyboard deck has been flushed to accomplish the new design language, and the distance between keycaps has been shortened. However, the pursuit of visual perfection has resulted in another compromise: removing a 3.5mm headphone jack.

Inside, Intel‘s 12th generation processors and 8 gigabytes of RAM and up to a 1TB SSD take care of business. The crucial display has a full-HD resolution, but those who value the finer things in life can opt for the 4K touch display version. Both Windows 11 and Ubuntu versions are expected to hit the market in Spring 2022. Of course, many people will wonder how sensitive the capacitive function buttons are, how wonderful the invisible trackpad is, and how they will manage without a 3.5mm headphone jack before or after spending a minimum of $1,199 on the Dell XPS 13 Plus.