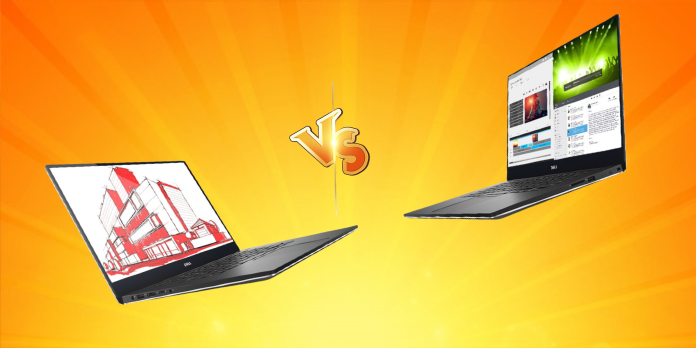 Dell presently has two top-of-the-line laptops battling for king-of-the-hill status – a strange choice from a marketing standpoint, to be sure — but how do they compare? The XPS 15 (9560) and the Precision 5520 are compared to see how they compare.

While the 2017 XPS 15 9560 and the 2017 Precision 5520 are both “flagship” laptops from Dell‘s prosumer and business divisions, they aren’t precisely two sides of the same coin. While both can be configured similarly at the base level, the XPS 15 comes in seven different configurations (or eight outside the United States). The Precision 5520 can be hand-customized in a dozen or more combinations, depending on your (small business) needs. However, when comparing the top-end options of the two lines, the genuine difference between them becomes clear.

The maximum specifications for the two laptops are listed below, based on their availability in the United States as of March 14, 2017.

While both the XPS 15 and the Precision 5520 are available with Intel’s latest 7th-generation CPUs, Intel currently does not (yet) offer suitable high-performance Kaby Lake i7 mobile GPUs, which is not Dell’s fault. Unlike prior generations, this year’s Kaby Lake Xeon chips are absolute powerhouses, and the Xeon 1505M v6 displayed here isn’t even the fastest mobile Xeon available. The difference between the i7-7700HQ and the Xeon 1505M v6 isn’t just the 200MHz clock differential in regular and turbo modes; it’s also the 33 percent increase in the L3 cache (6MB vs 8MB). In terms of real-world performance, the Xeon has a 7% advantage – not bad, considering that a 7% improvement is regarded as a relative victory when going from one generation to the next these days.

Because both of these CPUs have the same 45W TDP (which may be reduced to 35W for power efficiency), choosing the slower CPU does not result in longer battery life, as it would with an i5 vs i7 for example. What’s more perplexing – and to the Precision 5520’s detriment – is that Dell has chosen not to enable the use of ECC memory for reasons unknown, which is quite perplexing given that ECC memory is generally one of the most compelling reasons to choose a Xeon CPU in the first place. 2 Other companies, such as HP, with their ZBook line of mobile workstations, have usually avoided this perplexing move. Anyone hoping for 7th generation Intel CPUs with ECC RAM should probably wait till HP’s ZBook Studio G4 is announced in Q2 2017.

The Precision 5520, being Dell’s business/workstation product, comes with an nVidia Quadro GPU – specifically, the M1200 with 4GB of DDR5 RAM. A comparison of the Quadro line of GPUs and the gamer/prosumer-oriented GeForce GTX 1050 (again with 4GB of DDR5 memory) offered with the XPS 15 9560 would normally be an apples-to-oranges comparison, except this time, the XPS 15 is using the latest generation of Pascal-powered nVidia GPUs and goes up against the older, Maxwell-powered Quadro M1200. The XPS 15 comes out on top here, with its GTX 1050 providing a significant performance boost over the last-gen M1200 — likely even for enterprise tasks.

Also See:  Inked: A Tale Of Love Will Be Released Worldwide On August 27th

The choice to exclude a fingerprint reader from the Precision 5520 series of laptops is possibly the most perplexing of all the moves Dell has made with their XPS vs Precision strategic marketing debacle. Even though these two models share a chassis and have nearly identical components throughout, the Precision 5520 does not have an option for an integrated (Synaptics-powered) fingerprint scanner. In contrast, the XPS 15 is impossible to find with a backlit keyboard and no fingerprint scanner. This one has us scratching our brains as well.

Just a heads up: when configuring the XPS 15 9560 and the Precision 5520, Dell gives customers the option of using either the Killer 1535 (in the case of the XPS 15) or the Dell 1820 (in the case of the Precision 5520) wireless card instead of Intel’s 8265. All three are roughly equivalent in terms of specs (the Dell 1820 is actually a white-labelled, fairly-old Qualcom Atheros QCNFA344A in disguise). Still, we strongly advise against choosing anything other than Intel. While the performance of these three cards is comparable, Intel’s drivers are superior in terms of quality and timeliness. In our testing, the Atheros drivers would frequently blue screen on Windows 10 – even after upgrades. Similarly, Killer’s driver updates are infrequent and far between, necessitating news pieces each time they appear, but Intel’s network card drivers — both wired and wireless – are produced, updated, and maintained regularly.

The Dell XPS and Dell Precision are distinguished because the Dell XPS line is aimed towards consumers and has consistently been the less priced of the two. On the other hand, the precision series caters to commercial clients and is typically more expensive. Despite this, they’re both made to a high standard.

At appropriate settings, the Precision 5520 can run certain modern games. The single USB Type-C connector with Thunderbolt 3 provides forward-looking capability, which is wonderful to see, but we wish Dell had included another.

Also See:  Galaxy A13 5G 50MP camera might be the start of a new trend