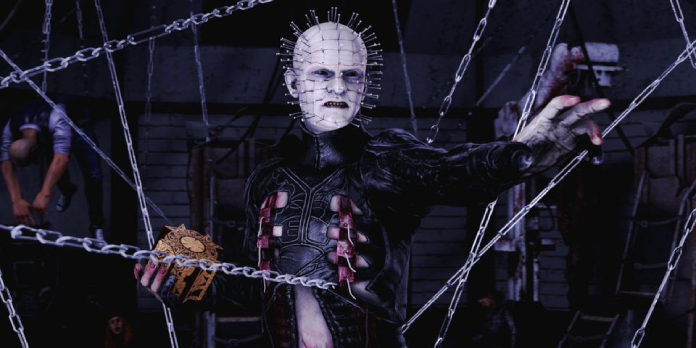 The online community of Dead By Deadlight has been incensed by Behavior’s announcement of a licenced Pinhead NFT relationship.

NFTs are a type of blockchain-based proof of “ownership” that employs ecologically hazardous blockchain technology and can be given to customers who purchase particular data online. These can be photographs, artwork, or any other type of digital asset. NFTs have been highly condemned by many because of the practice’s links to an ever-growing scene of scammers and poor environmental impact. Popular game companies like Sega have developed exclusive NFTs as NFTs have become more common in the cryptocurrency industry. Playable NFT video games have grown in popularity in recent months.

Also See:  how to find your lost android phone

Behaviour Interactive announced in a tweet that it had been working with Boss Protocol and Park Avenue Entertainment behind the scenes for months to develop in-game Hellraiser models for usage as NFTs. The developer later clarified that there would be no exclusive in-game content locked behind NFTs when they are distributed outside of the game, despite The Boss Protocol website displaying Hellraiser’s exclusive Pinhead character model from the game (along with a Chatterer, a Lament Configuration, and another mystery item). Behaviour did agree, though, that owning the NFTs would offer him access to more digital products in the future. Players such as the evils within have slammed the company, and Dead by Daylight’s Steam player base has plummeted due to the revelation, with some even going so far as to review-bomb the game and its separate DLCs.

so will you be offering refunds for the chapter? you should have disclosed this before it went on sale as many people would never want their money to go towards anything to do with nfts.

To be very clear: There is no exclusive in-game content linked to these models when they are distributed outside of the game in any way.

We hope this clarifies some of your questions and doubts.

We hear and understand the concerns you raised over NFTs. Absolutely zero blockchain tech exists in Dead by Daylight. Nor will it ever. Behaviour Interactive does not sell NFTs.

Because of Valve’s new blockchain policy, many angry players speculated that Dead by Daylight would be banned from Steam and compelled to offer refunds. Valve has declared that cryptocurrency exchange or NFTs will be removed and banned from Steam games, giving creators who employ blockchain technologies time to update their products before the restriction takes effect. Behaviour responded with a statement stating that it does not sell NFTs and that Dead ty Deadlight does not utilise or will employ blockchain technology in the future.

Despite official comments and assurances, Dead by Daylight’s internet uproar over exclusive NFTs appears to be far from gone after the firm became the latest to promote their game using them publicly. While blockchain technology and NFTs don’t look to be going away anytime soon, actions like Steam’s blockchain ban and the harsh player reaction to Dead by Daylight’s experimentation with blockchain may be preventing NFTs from entering mainstream gaming for the time being.