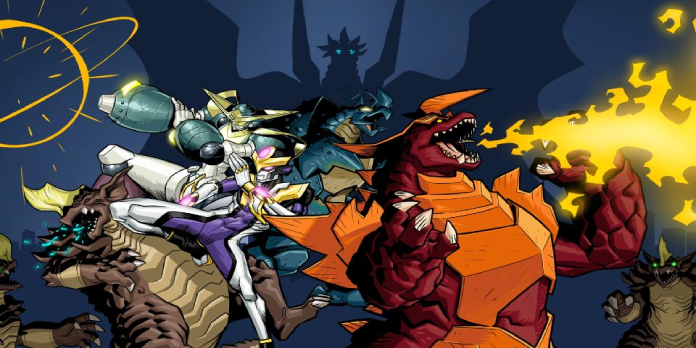 Dawn of the Monsters is a new kaiju brawler set in the future of Toronto, where defending the city frequently means destroying it.

Dawn of the Monsters, a new 2D brawler combining kaiju and mecha in cooperative action, has been unveiled by developer 13 AM Games and publisher WayForward. WayForward is responsible for the Shantae series and a slew of other IPs and is now working on a Nintendo Switch remake of Advance Wars 1+2.

The kaiju (or “big monster”) genre has always appeared to be a lucrative market for video games, but only a few titles have achieved mainstream success. Rampage was one of the first and most well-known kaiju video games, and it is still remembered warmly today. However, despite the Godzilla spin-off games and other interactive entries in the genre, enormous beasts like those shown on screen rarely make a memorable presence in video games. So, in the broad scheme of things, it appears that making a solid Godzilla game is difficult.

With Dawn of the Monsters, WayForward and 13 AM Games present their unique take on the kaiju genre. According to IGN, the game is a cooperative beat-em-up with customizable kaiju, mecha, and a massive combat scientist who looks a lot like Ultraman. Players will battle groups of enemy kaiju across the fictional metropolis of New Toronto, wreaking havoc on the city’s fully destructible infrastructure. Dawn of the Monsters will feature four playable characters, each with its own set of moves and playstyles. The game’s kaiju designs were created by original Godzilla designer Shiji Nishikawa and Godzilla comic book artist Matt Frank, according to WayForward.

Dawn of the Monsters will have 35 separate missions, all of which may be completed in a two-player co-op. Players will have to work together to take on massive bosses in addition to shattering hordes of smaller kaiju. The game will be released in the first half of 2022 for PS5, PS4, Xbox Series X/S, Xbox One, Nintendo Switch, and PC.

The Neo Geo classic King of the Monsters and the PS2 fan-favorite War of the Monsters has already been compared to Dawn of the Monsters. Given the title, both of these titles are likely to have influenced the new game, at least in part. However, the dawn of the Monsters may not have the same level of visibility as PlatinumGames’ long-awaited Bayonetta 3, which will also feature kaiju battles or the other mysterious kaiju game that Platinum is rumored to be working on. Still, the game’s combo system, presentation, and pedigree make it appear to be an excellent way to fulfill the kaiju gaming fantasy.