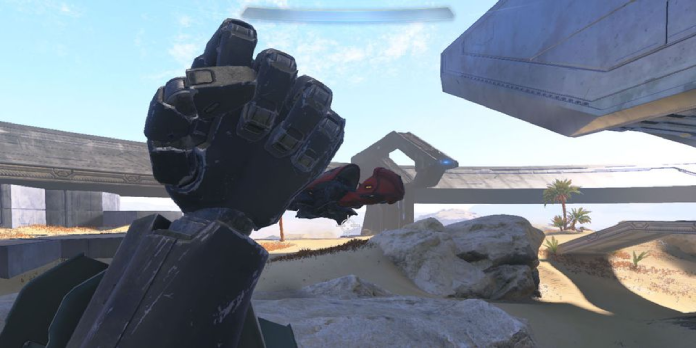 During this week’s MYNO Halo Infinite Invitational, one player stunned the commentary crew with a stunning Repulsor-Plasma Grenade combo.

During the recent MYNO Halo Infinite Invitational eSports event, a Halo Infinite player found a novel use for the new Repulsor tool. Even the play-by-play commentators were blown away. While the story campaign of Halo Infinite wasn’t published until December 8, developer 343 Industries gave gamers a chance to try out the game early by making the multiplayer components free-to-play in November. Halo Infinite’s multiplayer shattered Xbox records for the most concurrent users within hours after its debut. Apart from certain reservations regarding Halo Infinite’s microtransaction mechanism, the game’s reception has been mostly good.

Players rapidly reacted to Master Chief’s new gear in Halo Infinite, with videos of users swinging across a map with the new Grappleshot or just avoiding defeat by ziplining out of a hazard circulating the internet. The Repulsor is also proven to be beneficial during multiplayer matches in Halo Infinite, as its energy shield can easily send opposing missiles back to their source. Players have since worked out using the Repulsor to pull off incredible kill combinations. It appears that fans are still discovering how flexible it can be weeks after Halo Infinite’s multiplayer launched.

Also See:  Here’s when Diablo 2 Resurrected unlocks around the world

This week, a clip from the MYNO Halo Infinite Invitational, a competitive event conducted at the Red Bull Gaming Studio in Toronto, Canada, to encourage diversity in the gaming community, was tweeted by the Twitter user The Meezus earlier today. During the show, a player known as WeAreMyno2 used the Repulsor to deflect a Plasma Grenade around a corner with incredible precision. Omar “Meez” Williams and Nathanael “BeatDownBlvd” Birhane of MYNO’s commentary crew was blown away by how Halo Infinite’s Repulsor allowed players to pull off moves like this.

Nonetheless, for the last month and a half, Halo Infinite’s multiplayer has been an exciting source of incredible tricks and kill shots, particularly regarding the Repulsor’s adaptability. Even veteran gamers are blown away by how this new tool (or any of Halo Infinite’s other new tools) may be utilized to deflect an opponent’s grenades back at them or lob one’s own across a difficult corner during a Halo Infinite Firefight round – or a larger-scale Big Team Battle.