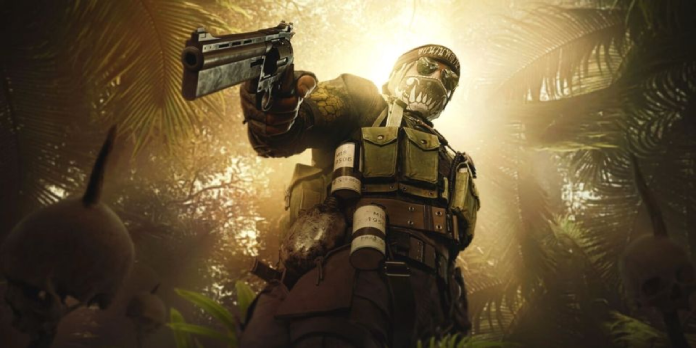 Ricochet, the PC anti-cheat, will be released alongside Warzone’s new map, released following Vanguard’s formal launch. COD’s new defence systems are examined. Since the introduction of crossplay in the series with Modern Warfare, the Call of Duty community has been clamouring for a dedicated anti-cheat solution. Because cheating is more common on PC, console gamers’ dissatisfaction grew as they were exposed to more hackers via crossplay. With the release of Warzone, the problem intensified, with cheaters plagued the battle royale since its inception. Raven Software and Activision have deployed massive ban waves to stop the problem, but hackers have continued to find their way back into Verdansk. Warzone is still rife with hackers, from aimbots to full-fledged god-mode cheats. Raven Software’s Ricochet is meant to be the answer, but a new breach could jeopardise its success.

Ricochet, Call of Duty’s anti-cheat technology may have leaked, according to ModernWarzone. According to rumours, Ricochet’s kernel-level driver was allegedly disclosed to the cheating community via Twitter feeds and cheat sites. According to the report, the files have become public; however, how the leak occurred is still unknown. ModernWarzone believed the files were correct, citing several sources who had evaluated the data and confirmed their accuracy. Activision has yet to confirm the breach, and the data may be fakes or old.

🚨 BREAKING: Call of Duty's new RICOCHET Anti-Cheat has had it's Kernel Level driver leaked to cheat manufacturers, as confirmed by MWZ sources who wish to remain anonymous. 🚨

We are still awaiting an official response from Activision for this article.https://t.co/cKuOu3gHBV

Suppose files from Call of Duty’s Ricochet programme are leaked. In that case, the cheating community will utilise the information to develop solutions for the anti-cheat software before it is released. It’s possible, however, that the files are obsolete or that Raven Software’s anti-cheat has other methods in place to defend it against workarounds. Hackers can’t work with Ricochet’s most recent version because it hasn’t been completely released, making it more difficult to exploit its flaws. Ricochet is also releasing server-side tools to catch cheaters and kernel-level drivers to track programmes that disrupt Call of Duty games. Other safeguards are available to catch hackers in the act if the disclosed files were only from kernel-level drivers.

For years, the Call of Duty community has had to cope with hackers. Cheaters continue to plague Call of Duty: Warzone and enormous ban waves have shown to be ineffectual. Activision and developers must solve the cheating problem for many in the community to rebuild trust in Call of Duty titles, particularly Warzone and Vanguard. Ricochet is meant to be the solution; but, disclosures like this could jeopardise its efficacy.

WoW and The Burning Crusade Classic have some big additions coming...