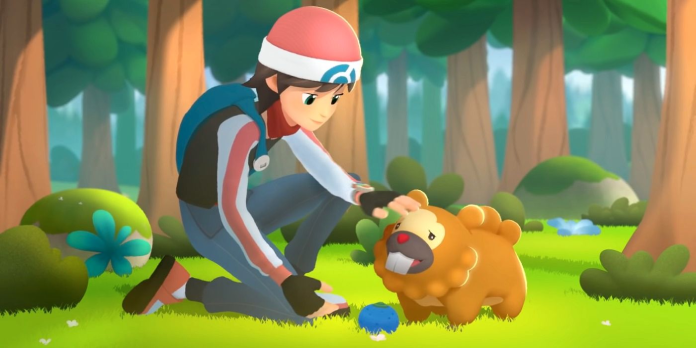 Bidoof’s Big Stand is a completely new Pokémon anime that gives the memetic Gen IV beaver Pokémon a prominent position in the franchise for the first time.

Bidoof gets the spotlight in the new Pokémon Bidoof’s Big Stand animated short, which follows the rodent on a series of spectacular exploits. Bidoof is a Normal-type Pokémon that debuted in Pokémon Diamond and Pearl. It is modeled on a beaver. Although it may seem unusual that a Pokémon trainer would enter a tournament with a Bidoof, trainers have successfully finished Pokémon Brilliant Diamond and Shining Pearl with a Bidoof-based team.

Bidoof’s silly design and behavior won it memetic status almost immediately after its debut. Bidoof was first dismissed by some fans as a useless Normal-type Pokémon that only existed as Pokédex filler, similar to Rattata or Sentret. Bidoof (and its evolution, Bibarel) proved to be extremely important Pokémon in Pokémon Diamond and Pearl, as they were the best HM Mules. Most HMs are performed by wild Bidoof/Bibarel that are summoned by the player in Pokémon Brilliant Diamond and Shining Pearl.

In the past, the Pokémon Company has parodied Bidoof humor, such as a Bidoof-themed Rickroll on Bidoof Day. Bidoof is featured in a new video posted to The Official Pokémon YouTube Channel, in what is undoubtedly the Pokémon’s most heartwarming adventure to yet. Bidoof’s Big Stand is an eight-minute short film filled with references to Generation IV Pokémon.

The protagonist of Bidoof’s Big Stand is a Bidoof who has been kicked out of society due to its proclivity for felling trees and grinding stone to dust with its test. A Pokémon trainer saves Bidoof from a Staraptor by catching it and training it for combat, teaching it skills like Rollout. Bidoof uses its training to overcome a Golem and a Startraptor in the finals of a Pokémon competition at the end of the short.

Bidoof is such a ridiculous Pokémon that when it appears in Pokémon media, it’s usually just for laughs. The Bidoof line has remained popular among fans over the years, and the availability of remakes of Pokémon Diamond and Pearl has helped the Pokémon reach new heights of fame. Bidoof’s Big Stand provides the beaver Pokémon a chance to be a champion, demonstrating how far the Plump Mouse Pokémon has come over the years and how people never forgot about it, even after Sinnoh was abandoned.