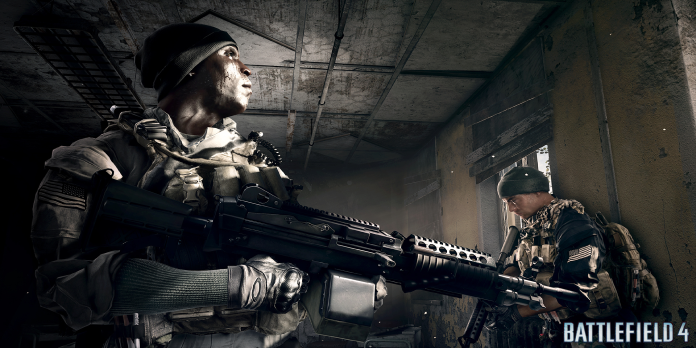 Battlefield 4, or BF4, is a popular first-person shooter developed by EA DICE. This game was launched in late 2013 as a sequel to Battlefield 3, which was released in 2011.

Battlefield 4’s multiplayer mode was and continues to be its most popular feature. Fans of the franchise did not favorably regard the game’s single-player campaign.

As a result, it’s plausible to assume that Battlefield 4 was largely focused on online gaming. While this isn’t necessarily a bad thing, the game was and continues to be plagued by a slew of technical issues that plague many other online businesses.

High ping, jitter, network congestion, and the dreaded packet loss are the challenges at hand.

What is packet loss in BF4?

Regardless of where you encounter packet loss, it is the same. When data packets you send (or receive) never arrive at their intended destination.

As a result, problems like rubberbanding, slowdowns, and even connection timeouts arise.

Packet loss in Battlefield 4 might mean the difference between a brilliant win and a crushing defeat.

You’ve probably had the experience of putting your enemy square in the centre of your sights and pressing the trigger, only to find that the trigger rubberbanded and you missed the shot.

This can be aggravating or downright irritating. Packet loss is the most common cause of this problem. Because this problem is frequently caused by network congestion, the simplest way to resolve it is to wait for it to pass or avoid peak hours.

How to test for packet loss in BF4?

This test will traceroute to the Battlefield 4 server while also pinging each hop along the way and reporting the results and packet loss percentage.

Simply add > C:packetloss.txt (replace packetloss with a file name of your choosing) to the end of the pathping command to log the results to a file on your PC rather than displaying them in the CMD window.

As a result, the complete command should look like this:

How to get rid of packet loss in BF4?

1. Use a VPN service

It can, however, take care of a lot more, such as protecting your privacy, safeguarding your connection, and assisting you in getting over geoblocking.

It’s worth noting that utilizing a VPN can not always work. In fact, if you or the gaming server lose packets on your end, a VPN will be useless.

As a result, the packet loss must occur on your ISP’s end for this remedy to function (bandwidth throttling or improper routing).

BF4 packet loss can be improved

Overall, utilizing a VPN can help reduce packet loss, but only if your ISP causes the problem. Other times, it may just be a consequence of network congestion that resolves independently.

Last but not least, you could try some of our manual troubleshooting tips.

They won’t always help you reduce packet loss (especially if the leaks are on your ISP’s or gaming server’s end), but maintaining your home network in good shape has never hurt anyone.

1. In Battlefield 4, how do you fix packet loss?

2. What can I do to stop packet loss?

3. What level of packet loss is ideal for gaming?

Packet loss is to be expected, although it should not exceed 1%. This is deemed acceptable because losing 1% of all packets in a session would not significantly impact the game. However, that does not imply that you should accept packet loss, particularly in real-time applications.

Also See:  Minecraft Packet Loss: What Is It and How to Fix It?

4. Any one Know how to Fix Packet Loss on BF4 : r/xboxone

Rust Packet Loss: What Is It and How to Fix It?