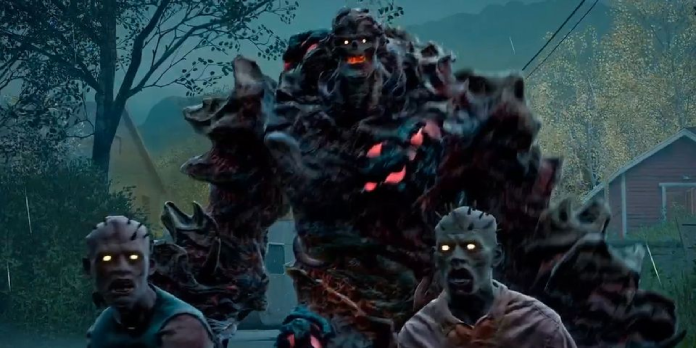 In a recently released video, a group of Back 4 Blood’s Ridden gang up on a player and use several skills to trap them in an unbreakable combo.

A new video shows a Back 4 Blood player being annihilated by a gang of Ridden foes hilariously and startlingly. The footage is from one of the game’s co-op missions, presently available for free to Xbox Game Pass subscribers.

Back 4 Blood is a spiritual sequel to the popular Left 4 Dead series, which featured intense multiplayer gameplay with swarms of undead adversaries. Back 4 Blood, by all accounts, is a faithful sequel to its predecessor, delivering some of the same iconic co-op fun and over-the-top action. Players can fight these monsters alone or with three friends, making the game a communication and precise shooter mechanics workout. The vast selection of foes, each with their skills, encourages players to approach matches strategically.

Recent footage shows that the variety of enemy kinds and concentration of adversaries appear to have worked against Redditor xodallas. As if the Back 4 Blood campaign wasn’t challenging enough, xodallas had to endure a brutal beating from a group of creatures who appeared to be working together to inflict the maximum damage imaginable. A Tallboy and a Breaker are shown in the video grabbing xodallas and throwing them from their safe house into a sea of Ridden. A Hocker then grapples xodallas with a special ability that allows a pair of Reekers to vomit toxic waste on the player, causing xodallas to take an enormous amount of damage.

I got hit with the wombo combo from Back4Blood

Back 4 Blood players will undoubtedly find the jaw-dropping video startling, as it illustrates exactly how difficult these adversaries can be. It’s also a good demonstration of the terrifying enemies’ powerful AI coding, which millions of players got a taste of during the enormously popular Back 4 Blood beta flight. xodallas, on the other hand, may not share this sentiment, as this gang of intelligent zombies practically bullied them.

Also See:  In GTA: Vice City, a cop murders a cab fare right in front of the player

This can be linked to a broader discussion about game difficulty and balance; while many players would agree that a challenging campaign or multiplayer match is preferable to too easy, a line must still be established. A game might soon become frustrating if the player has no chance against the hostile AI. Even if they have to put up with wild zombie combos from time to time, it appears that xodallas and other Back 4 Blood gamers are loving the game.

Back 4 Blood is now available for the PlayStation 4, PlayStation 5, Xbox One, Xbox Series X|S, and PC.

PlayStation 5 with some improved changes surfaces in Australia