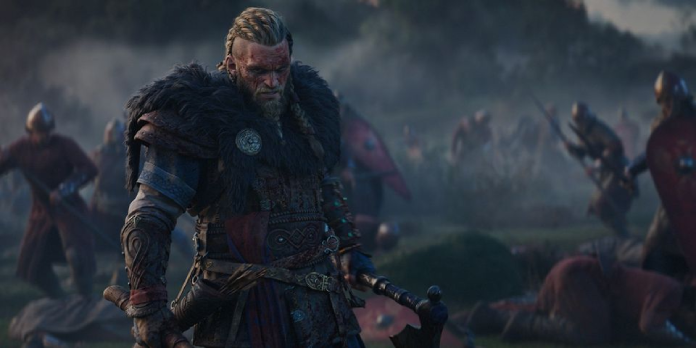 Ubisoft has teased fresh game updates and free content for Assassin’s Creed Valhalla, released before the end of the year.

Assassin’s Creed Valhalla will receive brand-new game upgrades and even more free content before the end of the year. Ubisoft published the Vikings-themed Assassin’s Creed entry about a year ago. While it took some time for the game to find its feet after launch, lead developer Ubisoft Montréal has offered players plenty of reasons to regularly return to 9th Century England.

Yule Festival, a limited-time event that decked the Ravensthorpe village in seasonal furnishings and unlocked new activities, was AC Valhalla’s first big upgrade, which launched late last year. Since then, other seasonal festivities have come and gone, signaling the arrival of spring or summer. New game types were also added to AC Valhalla in previous upgrades from Ubisoft Montréal, with the undoubtedly polarising River Raids being one of the most prominent. And, most recently, all players were rewarded to the launch of the Discovery Tour: Viking Age mode, Ubisoft’s educational-focused exploration offering that debuted for Assassin’s Creed: Origins a few years back.

With the year 2021 coming to a close, the Assassin’s Creed Twitter account has teased what’s next for AC Valhalla’s post-launch features. A graphic in the “sneak peek” hints at four planned modifications to the open-world experience. Title Update 1.4.0, for example, will be available on November 9. On the same day, Ubisoft Montréal will release “Tombs of the Fallen,” a free game activity. Next, the limited-time Oskoreia Festival will take place in AC Valhalla from November 11 to December 2. Finally, users can look forward to Title Update 1.4.1 in December. Because the below social media post is only a sneak peek at what’s coming ahead, the specifics of each update are still being kept under wraps.

Ready for more? 🌀 Here's a sneak peek at what's to come in Assassin's Creed Valhalla. Looks like 2021 still has a few more mysteries to uncover. 🔎 #AssassinsCreed pic.twitter.com/B1wdvM5ZQq

It’s little surprise that AC Valhalla remains Ubisoft’s second-most profitable game. However, this particular Assassin’s Creed period will not end with the impending 2021 content. Ubisoft previously stated that the second year of content will be released sometime in 2022. This is a bold decision for the long-running action franchise, but it makes sense in the big picture.

AC Valhalla’s post-launch DLC includes two paid expansions in addition to the free game updates and seasonal events. In May, Wrath of the Druids went live, letting Eivor unleashed on an Ireland-themed terrain. The Siege of Paris was released digitally this summer, and it centers on the Viking struggle with the Kingdom of Francia.