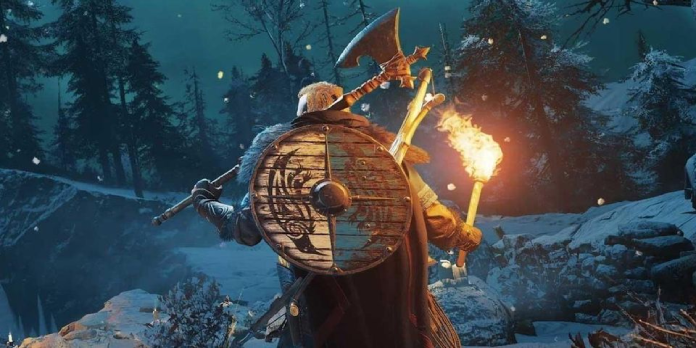 During a recent investor call, Ubisoft revealed that Assassin’s Creed Valhalla is the company’s second-most profitable game ever.

According to the publisher, Assassin’s Creed Valhalla is Ubisoft’s second-most profitable ongoing game in history. The open-world RPG transports players to the Viking Age in Scandinavia, with new locales to explore with each release of the annual series. Although it was released a year ago, AC Valhalla continues to receive DLC and upgrades, with rumors indicating that its next DLC expansion would begin the Norse mythical Ragnarök event.

Assassin’s Creed Valhalla, according to Ubisoft’s most recent investor call, is the publisher’s second-highest profitable ongoing title ever (via GameSpot). Despite being a single-player game, the historical fiction game has received regular post-launch support since its November 2020 debut. Wrath of the Druids and The Siege of Paris, the game’s two major expansions, offer new narratives and settings to the Norse-inspired epic. Smaller pieces of free DLC, such as the Discovery Tour option in Assassin’s Creed Valhalla, have also helped grow the game over time and keep more players engaged.

Because Assassin’s Creed is one of Ubisoft’s most well-known properties, AC Valhalla’s commercial success is hardly surprising. Assassin’s Creed Infinity, a spin-off game from Ubisoft, was confirmed as not free-to-play at the publisher’s last investor call. While the AC Infinity game has yet to be formally released, speculations suggest that it would use a live-service architecture and develop over time in the same way that Valhalla’s upgrades did. Earlier speculations suggested that AC Infinity would be free-to-play, with players having to pay for new locations or tales separately. Still, Ubisoft has now explicitly dismissed the free-to-play rumors. With another year of DLC planned for Assassin’s Creed Valhalla in 2022 and the enigmatic Assassin’s Creed Infinity on the way at some point in the future, Ubisoft is eager to repeat its recent successes next year.