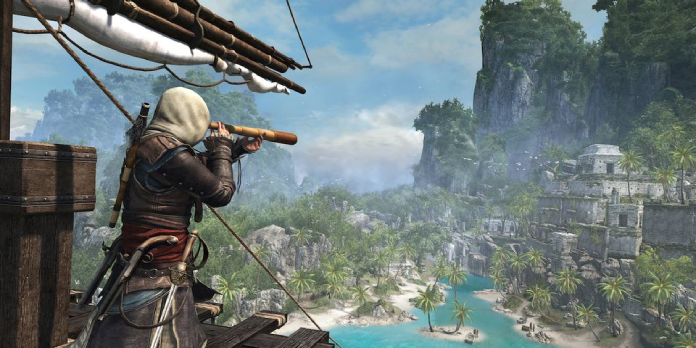 In an impressive display of swashbuckling skill, a speedrunner has 100% completed Assassin’s Creed IV: Black Flag in less than ten hours without taking any damage. The 2013 installment in Ubisoft’s open-world historical fiction series focuses on the Golden Age of Pirates, giving players a vast sea to plunder and pillage. Assassin’s Creed IV: Black Flag’s story is considered one of the series’ best, with the end of high-seas piracy making it both a jolly and sad affair.

As reported by Twinfinite, YouTuber and speedrunner Hayete Bahadori has 100% completed Assassin’s Creed: Black Flag without taking a single hit. The full synchronization playthrough took more than nine hours, and skillful play allowed the speedrunner to avoid taking any damage at all. Like many games in the series, certain parts of Black Flag deal unavoidable damage to the player for narrative purposes. Still, besides these exceptions, Hayete Bahadori was wounded by neither sword nor bullet for the entire playthrough. From the first attempt to the challenge’s completion on December 10, the no-damage speed run reportedly took an incredible 250 hours to conquer.

While Assassin’s Creed IV: Black Flag’s emphasis on ship combat and high-seas plunder has been abandoned by subsequent entries, another Ubisoft project will hopefully carry on the title’s cantankerous tradition. Ubisoft‘s open-world pirate title Skull & Bones was announced back in 2017, but numerous delays and development issues have left the game so far unreleased. Inspired by and innovating upon Black Flag’s naval focus, Skull & Bones is said to let players sail the oceans and engage in piracy using a customized playable captain. While recent rumors suggest that the game will feature an open world based on Madagascar, Ubisoft has given few definitive details in some time.

Also See:  According to Rockstar Games Co-Founder, GTA 6 may be less edgy

The speedrunning community can breathe new life into any old game, with skilled runners reaching impressive new accomplishments that few gamers would think possible. A massive open-world game like Assassin’s Creed is already difficult to conquer in under ten hours, and taking no damage while doing it is a truly monumental feat. Combining speed and prowess into one pirate package, Hayete Bahadori demonstrates full synchronization with Edward Kenway’s unbeatable swashbuckling skills.