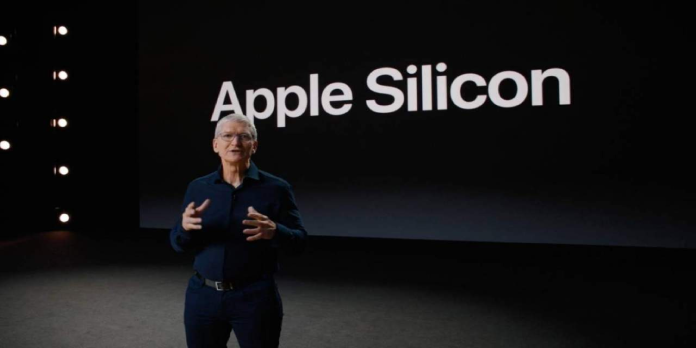 Commercial Times, a Chinese publication, has revealed Apple’s supposed M2 hardware plans for the next couple of years, indicating that worldwide chip shortages may have affected the company’s near-term roadmap. If the claims are true, the next iteration of Apple Silicon might be released in the second half of next year, with higher-end models following in 2023.

Apple’s huge migration to its hardware is well underway, with various Apple-powered Mac and iPad options available to consumers. The M1 and its quicker variations, the M1 Pro and M1 Max, have cleared the way for future models, the specifics of which may have leaked to Commercial Times via supply chain sources.

According to the source, Apple‘s M2 processor for Mac is “almost ready,” and the first devices using it will be available in the second half of 2022. According to the sources, the future processors will be made using TSCM’s 4nm process, with the M2 chips destined for the MacBook line and the more powerful M2 Pro and M2 Max chips destined for the MacBook Pro models.

Similarly, industry insiders claim that the upcoming iMac will be equipped with M2 hardware, while the iMac Pro will be available in two more powerful configurations. Meanwhile, the M2 chip is expected to be used in the Mac mini, but the M2 Pro and Max choices are expected to be included in the Mac Pro.

Apple is streamlining its silicon throughout the whole Mac line starting next year, making it easier for customers to discern which devices have certain CPU options. According to the report, while the M2 models will be available in the second half of 2022, the M2 Pro and Max will not be available until the first half of 2023. Apple is rumored to replace its silicon CPUs every 18 months.

If the M2 Apple Silicon is manufactured utilizing TSCM’s 4nm technology, it will have more efficiency and performance than the present M1 CPUs (built on the 5nm process).

Those following Apple’s silicon efforts may have noticed a minor gap between the company’s announced two-year transition plan and the latest report’s purported timeline. If industry sources are true, delivering higher-end Mac models in the first half of 2023 would stretch the transition beyond Apple’s two-year plan.

That’s hardly unexpected, given how the pandemic caused broad disruptions in the sector that are still being felt today. Global chip shortages have touched more than just Apple (which has been heavily hit), causing automobile shortages and, in some cases, major decisions to ignore the problem entirely (via Car & Driver).