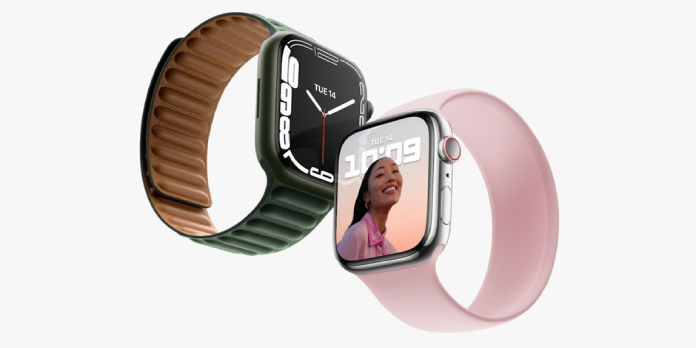 The Apple Watch Series 8 was believed to have a slew of additional health-tracking sensors, but a recent report appears to put that speculation to rest.

The Apple Watch Series 8 was expected to have a slew of additional health-tracking sensors, but a fresh report appears to have shattered those expectations. The Apple Watch has long been the world’s best-selling smartwatch, while Samsung’s new WearOS-enabled Galaxy Watch 4 makes inroads into that position. While the Apple Watch’s rectangular shape may not be to everyone’s taste, its premium hardware and advanced software keep it at the top of the wearables heap.

Apple is anticipated to release three different Watch Series 8 models this year. In addition, the company plans to debut the second-generation Watch Series SE in 2020 as a follow-up to the first-generation model. There are also reports regarding a sports/rugged Apple Watch, similar to the ones offered by Garmin, although no specifics have been released yet. Many characteristics of the future devices are still unknown, but the most recent report may have revealed a few key details about them.

Buyers and the worldwide tech media alike found the Apple Watch Series 7 disappointing. Many people expected the Watch Series 8 to include some major new features. However, according to the most recent study, this may not be the case. According to Mark Gurman’s Power On newsletter this week, Apple is at least a few years away from introducing some of the much-anticipated health capabilities that were reported for the Apple Watch Series 8. The alleged inability to check body temperature, which was intended to be rolled out with the Watch Series 8, is, of course, the biggest disappointment. According to Gurman, the thermometer was supposed to be ready in 2022, but that now appears improbable.

Also See:  A Minecraft Player Incorporates The Legend of Zelda's Ocarina of Time Into The Game

While Apple hasn’t publicly stated anything about the speculated features, persistent rumors have claimed that some of them could be ready in 2022, which is why the current report likely comes as a letdown to some potential buyers. Meanwhile, speculations say that the Apple Watch will assess blood alcohol levels in the future, though no timetable has been set.