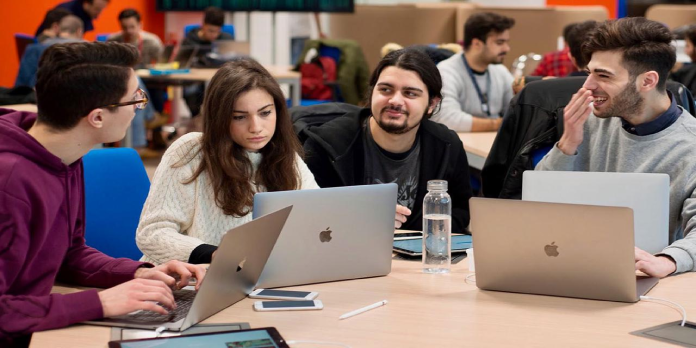 According to AppleInsider, the news was confirmed by the Saudi Gazette newspaper. As a result, Riyadh will become the first Middle East city to host an Apple Developer Academy institution. Abdullah Al-Swaha, Minister of Communications and Information Technology, stated that the initial program would promote the inclusion of women in technology and design.

Abdullah Al-Swaha, Minister of Communications and Information Technology, thanked the Apple Developer Academy and chose the Kingdom as the first country in the MENA to host the global Apple academy.

“This qualitative investment is an investment into the digital minds of our girls on their journey to build the innovative future for the nation and transform the economy towards innovation and digital transformation.”

Through a partnership between Apple and Saudi Federation for Cybersecurity, Programming and Drones (SAFCSP), the Tuwaiq Academy and Princess Nourah bint Abdulrahman Universities will bring the program from Apple to Saudi Arabia.

Apple Developer Academy is a program designed to train programming and design students to create iOS, macOS, and other Apple platforms. In addition, you can take classes in interface prototyping and Swift language. Of course, apple supervises everything, and students can have their apps listed in the App Store.

In Brazil, the first Apple Developer Academy was established in 2013. It has been extended to other countries, including the United States of America and South Korea.