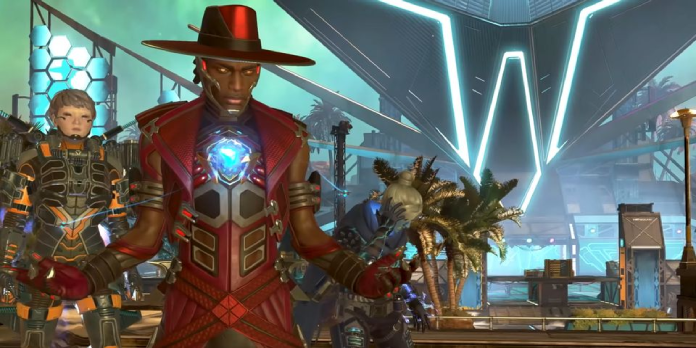 Apex Legends has announced Monsters Within, a new Halloween event that includes new cosmetics, a new Arena map, and the return of Shadow Royale.

With October fast approaching, Apex Legends’ Monsters Within event will bring Halloween back to the Battle Royale. Last year’s Halloween saw a similar event called Apex Legends’ Fight or Fright 2020, which took place in EA’s popular free-to-play multiplayer shooter. This provided players with several new legendary cosmetics, exclusive rewards, and a limited-time-only mode, which will return during this year’s event.

Respawn Entertainment continues to support the innovative Battle Royale game by releasing new Legends, maps, and events. Season 10 brought a slew of recent changes to the game’s Battle Royale map, World Edge, as well as a significant amount of new content. One of the most important additions was the game’s most recent legend, Seer, who quickly became the game’s most chosen and popular character thanks to his powerful abilities and distinct aesthetic. While the season is coming to a close, data miners claim Apex Legends will get a brand-new “Tropic Island” map in Season 11.

Respawn Entertainment gave fans a closer look at Apex Legends’ new event’s Halloween-themed rewards and content in an official trailer. Between October 12 and November 2, players will be able to unlock 40 new cosmetic items, including Legendary skins that highlight the monstrous sides of Seer, Revenant, Caustic, and Bloodhound, who will all be given Halloween makeovers. Weapon skins, banners, and holosprays will be available in addition to new Apex Legends character skins, all of which can be obtained through Monsters Within packs. Even after the event, these packs will be included in the standard Apex pack loot pool.

Aside from unlockable content, Apex Legends will have a new Arenas map called Encore, situated on Seer’s homeworld of Boreas. This new elimination map will feature a more open layout, leaving teams exposed and requiring them to seek higher ground to survive. Finally, the Shadow Royale mode from last year will be returning. Players will be dropped into a Battle Royale King’s Canyon, where they will have to defend themselves against attacks from both living and dead players, who will turn into zombie-like shadows at night.

The Monsters Within, an event from Respawn, is chock-full of in-game features, but its main draw appears to be the chance to see popular Legends like Seer unleash their darkest parts. Players can participate in the game’s final event to gain unique cosmetics and awards ahead of Apex Legends’ next season, only a few weeks away.

Apex Legends is a video game that can be played on the PlayStation 4, Xbox One, PC, and Nintendo Switch.