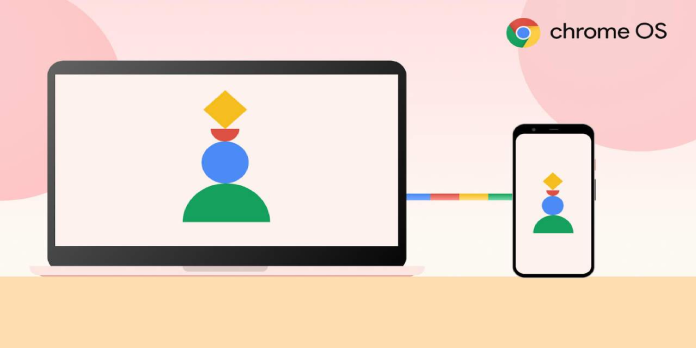 Google has had two major platforms for a long time (three if we count The Web and more if we count Fuchsia or other custom operating systems), but Android OS and Chrome OS have not exactly crossed paths until recently. As a result, Google has been trying to bridge the gap between them and run Android apps on Chromebooks. Google is preparing a feature that, literally and metaphorically, could be the biggest Push in this direction. It will allow Android phones, especially Google Pixel phones, to stream their screens to Chromebooks via a “Push” function.

Google has been working over the years to connect Android OS and Chrome OS. This includes offering Instant Tethering connections or mirroring Android notifications onto Chromebooks. However, they are still separate entities that can only be connected at certain points. Pixel phones might have a new feature that will bring the two devices closer together, at least on one screen.

The “Push” button on Android 12’s Recents screen will allow you to “send an app to a nearby Chromebook.” The feature’s description suggests that both devices must be connected to the same network. This is a requirement for most app mirroring services on laptops and desktops.

The “Push” feature was first discovered earlier this year, codenamed “Eche”, for Chromebooks. It will use WebRTC, the same technology used for video chats such as Google Duo. This probably explains some optimizations Google has made over the last months. However, Push will send back and forth additional data. For example, clicks will translate into taps on the phone.

This Android Push is similar to Microsoft and Samsung have already implemented through Windows My Phone. This is more than the Apple “Handoff” feature between iOS and macOS that only sent content and the state of apps between them. However, screen mirroring might prove more efficient if the integration with Chrome OS works so seamlessly that you feel like you are running the Android app on your Chromebook.