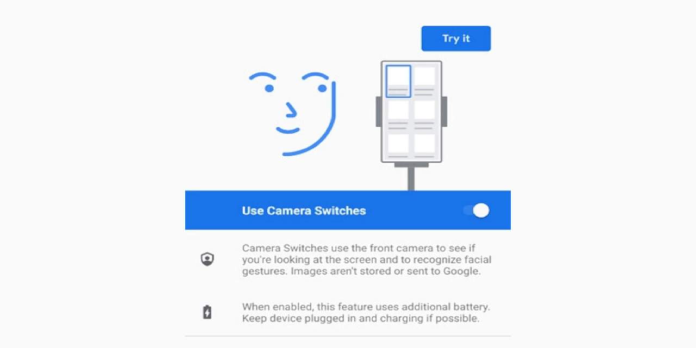 Android has several accessibility features and APIs, several of which are used, misused, or maybe abused to open doors to power users and functionality Google wouldn’t have usually allowed. Many of these accessibility features have focused on voice control or screen reading. Still, a replacement Camera Switches feature within the Android Accessibility Suite expands that functionality to incorporate certain facial expressions for those that won’t even be ready to speak or hold an external device to regulate their smartphones.

Google had played around with using front-facing sensors to regulate the phone on the Pixel 4, but that was limited handy gesture detection powered by Project Soli’s sonar system. As a result, it didn’t exactly begin as Google hoped, and it wasn’t suitable for accessibility either. However, the beta version of the Android Accessibility Suite app is taking a somewhat different route, and it could convince be more exciting and more useful for those with some physical disabilities.

Called “Camera Switches,” the feature would let users who can’t speak or use their hands regulate their phones. It instead uses a hard and fast set of facial expressions, which will be mapped to different actions. In addition, instead of use a specialized sensor, Camera Switches uses the front-facing camera, meaning any phone can theoretically support this feature.

Camera Switches only support a limited number of facial expressions, including the open mouth, smile, raise eyebrows, look left, look right, and appearance up. However, those are often wont to initiate quite a few actions, like going Back or to the house screen, scrolling forward or backward, or maybe mapping to slightly & hold gestures.

XDA says that this Accessibility Suite feature could be heading for Android 12 first but seems compatible with a minimum of Android 11. In both cases, using Camera Switches will cause a notification to seem within the status bar, indicating that the camera is in use.