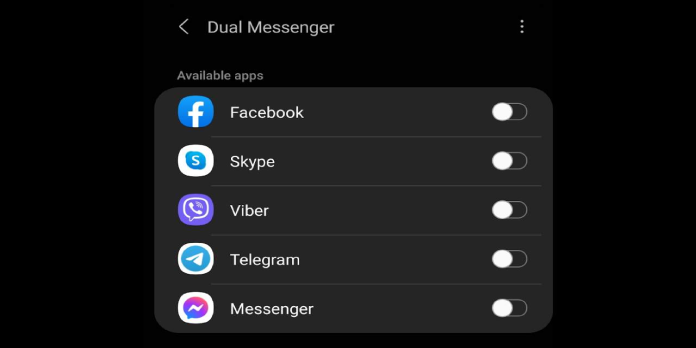 There was a time when it was practically expected to discover that someone owned two phones. In this age of dual SIM phones, the necessity to keep personal and professional lives distinct on that level still exists, especially since apps don’t always enable managing multiple accounts. Varied manufacturers have implemented different and inconsistencies, but it appears that Google is creating the framework for several versions of some programmes to be loaded on the same Android user profile.

You may want to utilise the same app or service for several accounts or use cases at times. Some apps, such as Twitter, Gmail, and Telegram, allow you to log in and move between multiple accounts. Most don’t, and users are forced to find ways to achieve what they want, often installing a third-party and potentially hazardous programme.

Manufacturers such as Samsung, OnePlus, and Xiaomi provide “Dual Messenger” features restricted to a handful of messaging apps. Some devices feature a secure mode or folder that allows them to run several copies of each installed software, but users must authenticate each time they switch between apps. Finally, Android offers a separate “work profile” feature that is difficult to set up and utilise.

Mishaal Rahman of XDA noticed signs in Android 12 about a “Clone profile,” enabling app copying on an OS level rather than relying on workarounds. It may even enable three instances of the same software rather than simply two, making it even better than existing alternatives. This could be the final nail in the coffin for one OEM tweak, making bespoke Android experiences lighter and easier to upgrade.

Unfortunately, much of the Clone profile feature is still a mystery, and some aren’t even usable. It might just be the foundation for a future Android that makes it easier for users to manage many digital personas and roles on the same device.