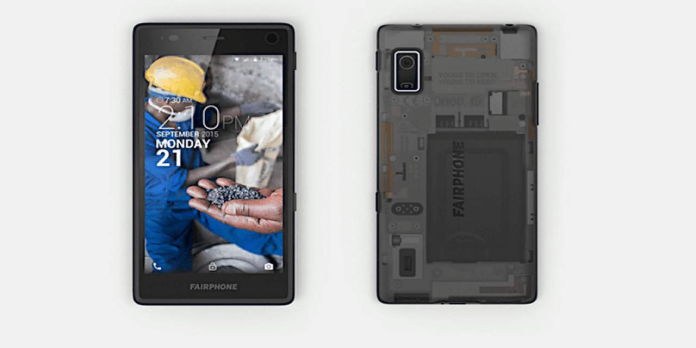 Just as a whole smartphone package includes both hardware and software, keeping a phone around for as long as possible necessitates that both elements continue to function. Fairphone’s promise of a long-lasting and nearly immortal smartphone would be jeopardized if it stopped putting out updates while maintaining support for the phone’s components. In keeping with that objective, the Dutch business has announced that its six-year-old Fairphone 2 will soon receive Android 10, something that no other smartphone manufacturer has been able to accomplish.

Even though it was only six years ago, 2015 feels ancient by smartphone standards. When you look at the Fairphone 2’s specs, you’ll notice that it has a Snapdragon 801 processor, 2GB of RAM, and a 12MP primary camera. It also came with Android 5.1 Lollipop, which is now considered ancient in Android history.

Also See:  Android 12L is Google’s next attempt at tablets

That is, however, the type of phone that would put Fairphone‘s promise of a long-lasting and sustainable smartphone to the test. Replacement parts for the phone, such as the display, camera modules, and batteries, are still available from the firm. Now, despite the issues it had with the Android 9 update earlier this year, it is proudly announcing that it will continue to support the Fairphone 2’s OS.

Fairphone claims to have learned from its mistakes and invited the help of its followers to improve its procedures. It only took ten months to get from Android 7.1 Nougat to Android 9 Pie, as opposed to the 18 months it took before. That’s thanks to the cooperation of the Android community and volunteer developers who worked on the open-source elements of the platform throughout that time.

Fairphone should be pleased with this accomplishment, and OEMs should strive to achieve similar success. Although the company only has a small number of phones to maintain, the modular architecture of these phones makes software support much more difficult. Fairphone is also a far smaller firm with fewer resources to devote to software upgrades, so the fact that it will be able to provide Android 10 to Fairphone 2 owners is no small feat.

Fairphone expects the stable version of this update to be available by early 2022 after beta testing begins this week. The Android 11 beta test for the Fairphone 3 will begin this week as well. Although it’s a little late, the fact that Fairphone has been able to give software support for so long is encouraging. It may grow even faster as the company gains experience, knowledge, and tools to roll out Android updates quickly.