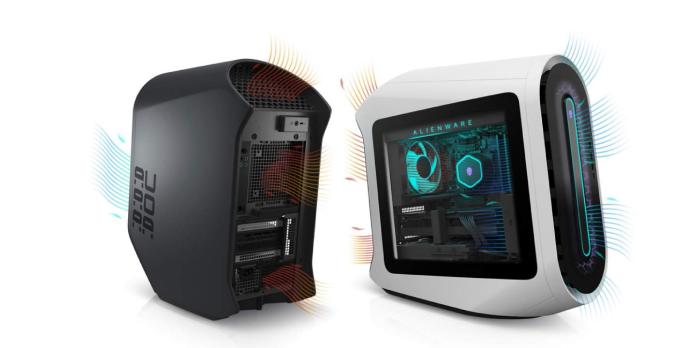 Even the best gaming PCs in the early days of PC gaming were dull beige boxes. Alienware was one of the first companies to change this and offer gamers a product that looked as good as it performed. Alienware was originally a stand-alone gaming computer manufacturer, but Dell eventually purchased it. As a result, Alienware is celebrating its 25th anniversary, and to commemorate the occasion, the company has unveiled a new flagship gaming desktop.

The redesigned Alienware Aurora is distinguished by its appealing chassis, which emphasizes style and cooling performance. Because high-end gaming hardware generates a lot of heat, it’s critical to keep it cool to keep games running smoothly. The new Aurora features an open-air design that reorganizes interior components to provide the owner with improved airflow, improved acoustics, better cable management, and accessibility for future upgrades.

Also See:  Gta Online Packet Loss: What Is It and How to Fix It?

There are no cables visible through the side window. The lack of visible cables not only improves the machine’s appearance but also improves cooling. According to Alienware, the new open-air design increased chassis volume by 50% without increasing the overall footprint. Improved cooling is also said to boost graphics performance by 5%.

Aurora has four 120mm fans and liquid cooling as an option. In addition, honeycomb-shaped airways on the front of the chassis allow cool air to move across the motherboard and other components before exiting out the back of the chassis, improving airflow. However, despite the improved cooling performance, the new Aurora is 16 percent quieter at idle, 9% quieter during CPU-intensive tasks, and 15% quieter when overclocked compared to the previous generation Aurora.

Anyone who has had a high-end gaming rig next to their desk knows how loud they can be, so quiet operation is always appreciated. The exterior colors Lunar Light and Dark Side of the Moon are available on the new Aurora. Customers can also opt for a transparent left side panel to see the dark motherboard inside, which is illuminated with up to eight zones of customizable lighting. A magnetic cover that hides cables and hides the ports on the back is also available as an option. The chassis can be opened, and components can be accessed without the use of any tools. At this time, there are no details on pricing or availability for the new Aurora.