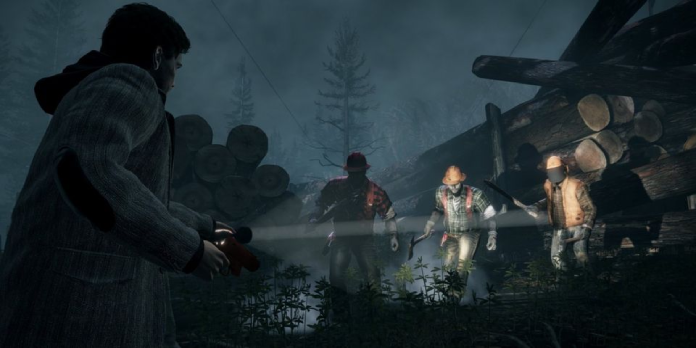 Alan Wake Remastered does contain an Easter egg related to the events of 2019’s Control, proving that Remedy’s teases were not in vain.

Teases about Alan Wake Remastered‘s connection to other Remedy games appear to have paid off, as the remaster contains at least one notable Control Easter egg. Alan Wake, Quantum Break, and Control all existed in the same universe, according to Remedy, which was most evident to anyone who came across references to the former while exploring the latter.

Control makes several direct and indirect references to Alan Wake’s world. For example, Wake’s misfortunes in Bright Falls are recorded as “Altered World Events” in Federal Bureau of Control files. Many fans were ecstatic when Remedy expanded on this thread in Control’s AWE story expansion, a post-launch DLC offering that reintroduced Wake to the forefront. Fans hoped that Remedy’s connected universe would reap another payoff in Alan Wake Remastered with retroactive lore additions. Thomas Puha, the studio’s Communications Director, hinted at this a few weeks ago, and it’s clear that his hints were not in vain.

A Control Easter egg appears in Chapter 2 of Alan Wake Remastered, as discovered by Stevivor. Players will notice that the camera in Sheriff Sarah Breaker’s office behaves differently than it did in the Xbox 360 release, panning out to provide a closer look at an envelope behind the Sheriff’s desk. Sarah’s father, Sheriff Frank Breaker, is the person to whom the letter is addressed. Before his resignation in 2019, William Kirklund, the Bureau’s Head of Investigations, sent the Federal Bureau of Control letter. Given that Frank Breaker, previously known as a New York police officer, was never revealed as Bright Falls’ Sheriff, Stevivor observes the strangeness of it all. (He did, however, appear to be an FBC Agent.)

It’s also worth mentioning the timing. The second chapter of Alan Wake takes place on September 9, 2010, four days before Kirklund discovers the AWE in Bright Falls. So why did he contact local authorities, especially since it was Frank who, according to Control, informed Kirklund of the strange events in the small town on September 13?

Since the remaster only came out today, October 5, more Easter eggs could be found. If that’s the case, their discovery may shed light on the apparent contradictions between the above FBC letter and Control’s established Alan Wake-related lore.

Remedy will have more opportunities to expand its universe in the future. Control multiplayer spinoff Condor, for example, is being developed and co-published by the studio, and a proper sequel with a “bigger budget” is also in the works.

Alan Wake and Control are available for PC, PS4, PS5, Xbox One, and Xbox Series X|S digitally and in stores.