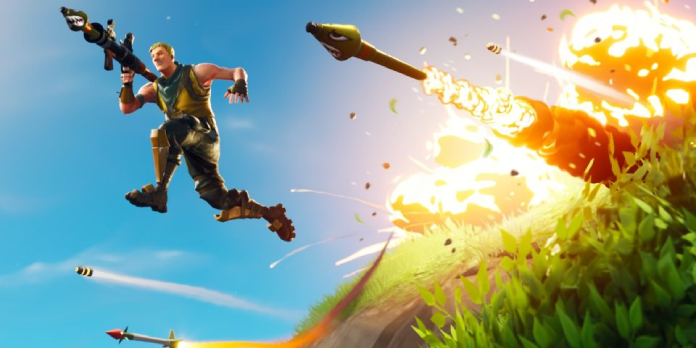 Epic Games is working on a “No Build” Limited-Time Mode that disables the game’s building elements, according to a reliable Fortnite leaker.

According to a reliable leaker, Epic Games is reportedly working on a “No Build” LTM for Fortnite, which would transform the game into a conventional battle royale experience. Given the contents of the recently launched Fortnite Chapter 3, now appears to be the ideal time for Epic to add such a Limited-Time Mode. The new update, which went live in early December 2021, featured Spider-Man and his web-swinging skills, which some claim negates the importance of constructing.

With the release of Fornite Chapter 3, Epic Games included a brand-new map for players to explore in addition to the web-crawler and swinging. The newest island features several diverse biomes, including a cold tundra in the northwest quadrant, a desert area in the southeast, and a jungle-like setting in the northwest. Each one has its own set of interesting features and bonuses that many users have thoroughly investigated. Chapter 3 gave players access to new skills like sliding and camp settings, giving them even more reasons to return to the game.

Epic Games may have another enticing set of modifications up its sleeve, according to leaker HYPEX (via Comicbook.com). HYPEX announced on Twitter a few days ago that one of the adjustments will be the addition of a “No Build” LTM. The renowned leaker’s “reminder” came with a screenshot of a menu page with the single tag “NO BUILD DUOS.” In the tweet below, you can see the post in question:

Reminder that Epic are working on a "No Build" LTM.. I feel like this LTM would be so good right now with the Spiderman Mythic & Sliding 🔥 They'd just need to reduce damage to enviroment in that LTM. pic.twitter.com/2Q4FbBpsxo

The “No Build” LTM, as the name implies, would remove Fortnite’s building-specific mechanics, essentially relegating the game to a position more in line with other battle royale games. What makes Fortnite unique would then be forgotten. As HYPEX pointed out, now appears to be a suitable time for such a mode to enter the mix. However, when and if the “No Build” LTM will go online is currently unknown.

Fortnite debuted in 2017 with an often-forgotten Save the World feature as part of the early access package. In the wake of PUBG’s phenomenal success, Epic Games wisely shifted its focus to a battle royale game of its own, one that swiftly surpassed PUBG in many ways. The Epic title still reigns supreme in the battle royale genre, and it won’t be relinquished anytime soon.

Fortnite is a free-to-play game that can be played on the Nintendo Switch, PC, PlayStation 4, Xbox One, Android, and iOS devices.