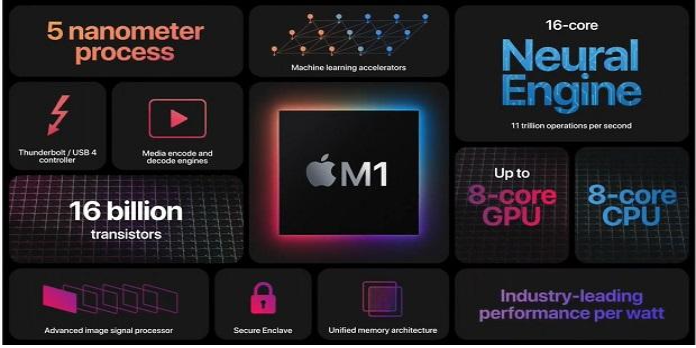 Researchers have developed a new type of memory known as ‘UltraRAM,’ which can store files and data without requiring power while maintaining the speed of RAM.

Lancaster University researchers have invented ‘UltraRAM,’ a new memory device that combines the data storing aspects of solid-state storage with the ultra-fast capabilities of current RAM. It’s a fresh twist on the capabilities provided by Apple’s M1 processors, which employ a unified memory system that allows separate processing units to share RAM for considerable performance advantages. Both the CPU and GPU on Apple’s new Macs can share system memory based on the demands of the apps running at the moment. Socketed RAM can fulfil the operations of an SSD faster than current storage solutions on the market, thanks to this breakthrough technology.

Understanding how RAM and SSDs work is crucial to appreciating why UltraRAM’s unified memory is so significant. RAM (random-access memory) is a type of volatile storage used in computers and mobile devices. RAM can swiftly discover and store critical information, then discard it to create room for more important data, depending on the computing operation. Solid-state storage, on the other hand, which is typically found in computer SSDs, is non-volatile and can retain data for long periods but at slower speeds than RAM. While RAM can achieve tremendous speeds with just thermal output as a restriction, SSDs give up that potential speed in exchange for long-term storage.

Lancaster University researchers have discovered a new type of RAM that can store files even without electricity while maintaining modern RAM’s remarkable speeds. Different semiconductors, such as those found in LEDs and lasers, are used in the research to store data for long periods without energy usage. UltraRAM has been dubbed the “next unified memory solution” for this reason. UltraRAM could eventually replace the need for SSDs if it can store data at the same speeds as current generation RAM, which is developing compact enough to reach the gaming phone market.

Apple‘s M1 range of chips uses a different type of unified memory than Lancaster University’s UltraRAM idea. The RAM modules are embedded within the system-on-a-chip of the M1 CPU (SoC). The SoC is a single chip that houses the CPU, GPU, and neural engine, allowing the computer to access memory from any three processors. UltraRAM is a technology that uses unified memory to replace SSDs. UltraRAM might employ memory as long-term storage at high rates rather than sharing memory across computing units.

UltraRAM, while still a ways off from reaching the consumer market, has the potential to improve everyday computer usage. Because of its rapid speed, the memory can only hold a limited quantity of data, but it can store critical, often requested data. One possible application is to store the operating system on UltraRAM. Even the most casual computer users would notice a difference in boot times if a computer’s operating system were loaded on something as fast as contemporary RAM.