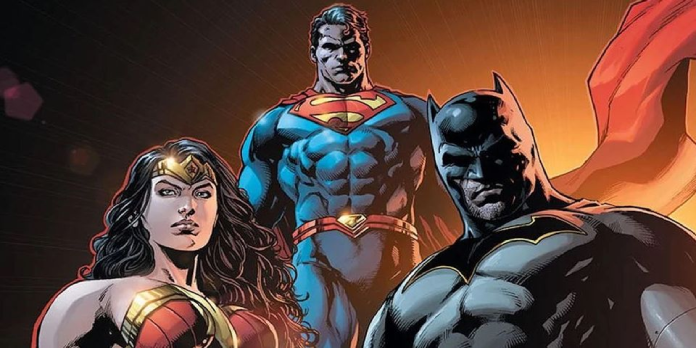 Because Warner Bros. has failed to release a video game featuring the Justice League, one dedicated fan has made their own in Dreams.

Because Warner Bros. has yet to give the superhero squad their title, a clever fan recently showcased a Justice League game that they developed in Dreams. Dreams, a PlayStation 4 game from Media Molecule, is a game production system that allows users to create and share their game elements while viewing content created by others. While there is currently no official Justice League game, Rocksteady Studios’ upcoming Suicide Squad: Kill the Justice League will feature DC superheroes as foes for the titular squad of outlaws to combat.

Suicide Squad: Kill the Justice League, developed by the same team behind the Batman: Arkham trilogy, will offer players in control of four morally problematic DC heroes. As players fight their way through an open-world Metropolis, Harley Quinn, Captain Boomerang, Deadshot, and King Shark will each bring their strengths and vulnerabilities to bear. The Justice League has seemingly been brainwashed due to an attack by the extraterrestrial villain Brainiac, causing the Suicide Squad to take down the world’s most powerful heroes. The upcoming game from Rocksteady will reportedly combine open-world exploration with third-person shooter gameplay, marking a significant departure from the Arkham series. Suicide Squad: Kill the Justice League, on the other hand, has references to the Batman: Arkham trilogy, implying a significant connection to Rocksteady’s previous DC games.

Because the iconic team of heroes will only appear in Suicide Squad: Kill the Justice League as brainwashed villains, Reddit user TheRedProphett has created their own Justice League game in Dreams. The superhero brawler is incredibly detailed, with Superman, Batman, and Wonder Woman bringing their special moves to the fight. The Dark Knight uses a combination of close-quarters and batarang strikes, as well as a spectacular super attack that allows him to batter adversaries from the Batwing. While a power-up appears to energise him with golden sun power, the Man of Steel hovers above the ground and overwhelms adversaries with a fury of strikes. Finally, Wonder Woman defeats her foes with a sword and shield, and activating the Lasso of Truth dramatically extends her combat range.

Since Warner Bros won’t do it, I will. Been working on this JLA game. from PS4Dreams

While Suicide Squad: Kill the Justice League will strongly emphasise DC Comics’ top crimefighting team, many gamers would prefer to play as their heroes rather than attack them. While no hints have been offered thus far, a hidden new DC game from WB Games Montreal may be able to provide this for fans. The studio is most known for producing Batman: Arkham Origins, a 2013 prequel to Rocksteady’s famous trilogy, and is now working on Gotham Knights, a cooperative game. Along with this project, in which Batman’s allies band together to preserve Gotham after the Dark Knight’s unexpected demise, a second project starring one or more Justice League members could be in the works.

Following the popularity of games like Batman: Arkham Asylum and Marvel’s Spider-Man, many comic book fans are screaming for their favourite characters to be turned into AAA action games. While an open-world adventure starring the whole Justice League may be out of the question, TheRedProphett’s Dreams illustrates that the squad could easily star in a brutal brawler. The Dreams project might have players asking Warner Bros. for an official Justice League game by giving each member of DC’s Trinity their own distinct abilities.

PS4 and PS5 versions of Dreams are available.

Fans believe that Marvel’s Spider-Man 2 should have Web of Shadows...